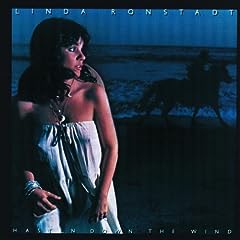 As she told us, Linda Ronstadt’s the only mama that’ll walk the line. Her 1969 gender-opposite remake of the Waylon Jennings classic scooted along with an unbuttoned shirt and upturned lip, and easily beat out the Lee Hazelwood/Ann-Margret version of that same year, mostly because the Linda of the Hand Sown

Home Grown era had a tousled sexuality that was unparalleled. (Don’t believe me? Glance quickly at the cover of 1970’s Silk Purse and you’ll swear it’s The O.C.’s Rachel Bilson chilling in that pigpen.) And while it isn’t made clear, I like to think that, when she WAS walking that line, she was doing it in long boots. Long leather boots, longer than Nancy Sinatra or those cropped go-go numbers Goldie Hawn rocked on Hullabaloo, much closer to Emmylou Harris on the cover of Elite Hotel in 1975. For me, the idea of those long boots defines Ronstadt’s initial Capitol solo albums, and carries right through to Carly Simon. You can’t hear her “That’s the Way I’ve Always Heard it Should be” without imagining Carly frustrated, restless, and lost in thought as she dresses in the half-light of his bedroom, pulling those things on and striding out into a slate grey East Coast morning. 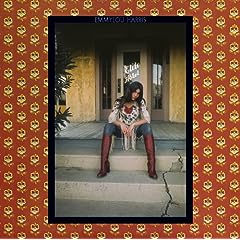 And the long boots continue. Saving Stevie Nicks for another conversation, they show up in the early 1980s, when Juice Newton and Laura Branigan were crossing the lines of pop, country and adult contemporary. After all, what was Newton’s “Queen of Hearts” other than Ronstadt’s country-rock sound, tightened to fit into a narrower new wave template? And as for Branigan, while “Gloria”’s cushiony keyboard flights haven’t aged well, you know she was sporting long boots under her pleated leather pants.

And finally, after Emmylou, Linda, Carly, (Stevie), Juice, and Laura, there’s Shania. The sound, shape and feel of Twain’s pop-country act seems based almost entirely on Ronstadt’s 1974 album Heart Like a Wheel, particularly the bumpalong rhythm of “When Will I be Loved.” The rough edges of Ronstadt’s earlier solo efforts had been sanded and smoothed by the time of Wheel — no more screeching, fuzzy slide guitar solos, for example, and the studied quality in Linda’s vocal had largely taken over — but it retained the likable twang and universal storylines, the very things that define Twain/Mutt Lange nuggets like “That Don’t Impress Me Much” (which also sounds like Juice Newton, actually), “Man! I Feel Like a Woman!” and “Party for Two.” And remember, on 1995’s The Woman in Me, Shania spent half the two-step chorus to “Any Man of Mine” demanding that any man of hers “better walk the line.”

You can bet on her footwear when she said that.