August 13, 2009 at 1:32 PM
comment
Two things nobody will dispute about the High Strung - they are arguably Detroit's hardest touring rock band and they play a ton of libraries. So when I saw on their website that they were playing a library in Guantanamo Bay on July 30th, I thought it was possible...but most likely it was just them clowning around. Something else they're good at.

They weren't joking. Drummer Derek Berk has written a great surreal travelogue about their trip for Vanity Fair. According to Derek, Guantanamo Bay is "like a giant summer camp, but with a Defense Department budget." Definitely a step up from their now dead 1992 GMC 3500.

But that was a few weeks ago. As I write this the High Strung are in Colorado. They'll be back in Michigan on Sunday, September 13th at Battle Creek's Willard Library. 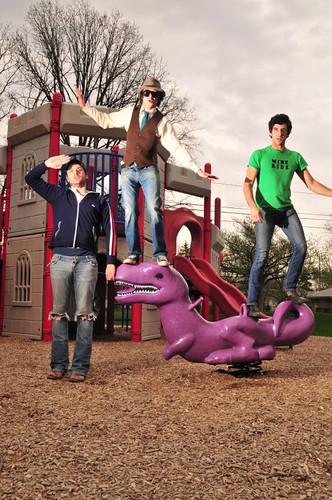