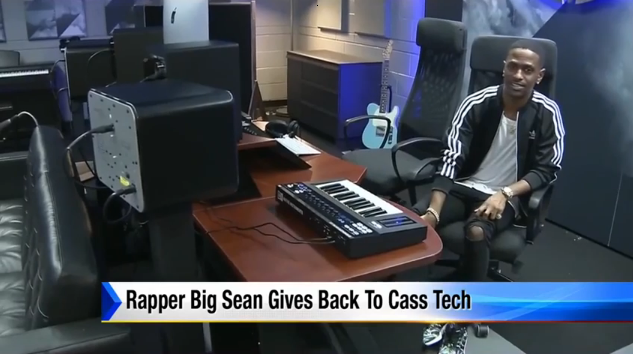 On Monday, Sean Anderson — aka rapper Big Sean — made an appearance at his alma mater, Cass Technical High School, to unveil a new recording studio. As he noted in a video posted by WDIV, Anderson's rapping career started when as he was hawking his own CDs during school hours ("and getting in trouble for it," he adds).

According to the Free Press, the 784-square-foot studio was donated by Big Sean, Adidas, and the Sean Anderson Foundation, which works to serve disadvantaged youth from Detroit and throughout the country. The studio will be part of the school's music curriculum, available for student use.