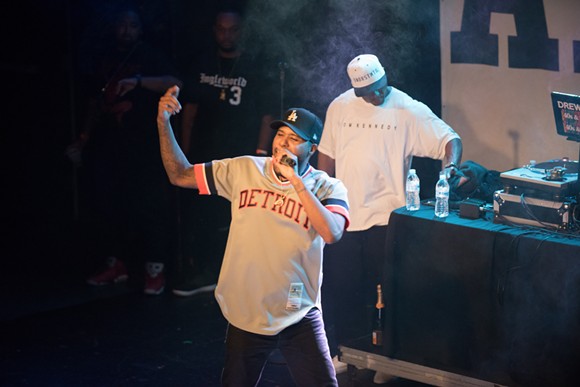 Three’s the charm proved to be valid once again, as three west coast emcees invaded St. Andrews and gave Detroiters a fantastic night of hip-hop.

Detroit’s own Sam Austins opened the night with an electric 20 minute set from his Goat EP. His high energy set had patrons screaming for more Detroit hip-hip (which is always a good thing). Jay 305 followed up with a strong old school west coast vibe that featured 7 to 10 songs of his mix tape, Inner City Hero.

Around 10 p.m., Inglewood Cali native Casey Veggies embarked on a high octane performance that featured several tracks from his new album Live & Grow and a plethora of material from his earlier mix tapes. Casey constantly gave high-fives to the crowd, roamed and jumped around the stage as if every song was going to be his last of the night. 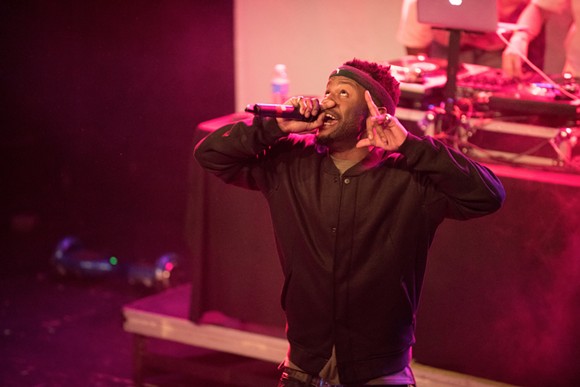 The night closed with a 60 minute set from Dom Kennedy that featured songs from his album Best After Bobby 2. The charismatic emcee had just as many ladies rapping along with his rhymes and guys. The night ended with Casey joining Dom for a collab performance and Dom signed autographed as his finished his song for the night.