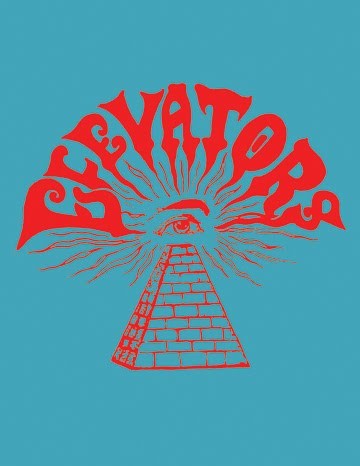 This was a sweet surprise which hit the Internet this past year, along the same lines as that super 8 footage of the Shaggs that showed up on YouTube (before quickly being yanked by the person who owns the rights to it — who I believe is an NRBQ member).

Generally accepted to be the very first psychedelic rock and roll band, the 13th Floor Elevators were quite nearly as innovative and influential as the Velvets, Stooges, and MC5. They were wonderful from the start. Broadcast on KAZZ in Austin, Texas, here is the full broadcast as you've never heard it before, from the New Orleans Club, almost 50 years ago — in February of 1966.