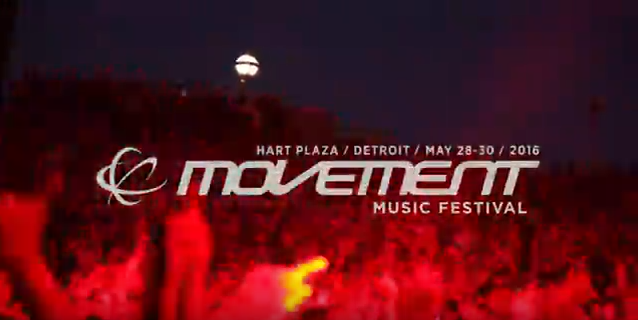 You might have heard of a little festival called Movement which descends upon downtown Detroit's Hart Plaza every Memorial Day weekend? They've just released their official lineup for 'phase one' (with more to come) for this year's fest, and you can find it below.

It looks like a real return to form to us, with a super cast of international and local performers who veer from the experimental to the straight-ahead. You don't see Skrillex, Snoop, or any Kardashian members on the list. Kraftwerk were amazing last year at the Masonic, so that's super they're part of the show. There is a reason so many people travel from around the globe to attend this thing.

Three-day general admission weekend passes and their pricier VIP counterparts are now available, starting at $135, at www.movement.us. Payment plans are also available. "Fans are encouraged to get their tickets in advance as GA reached near capacity and VIP sold out in 2015." 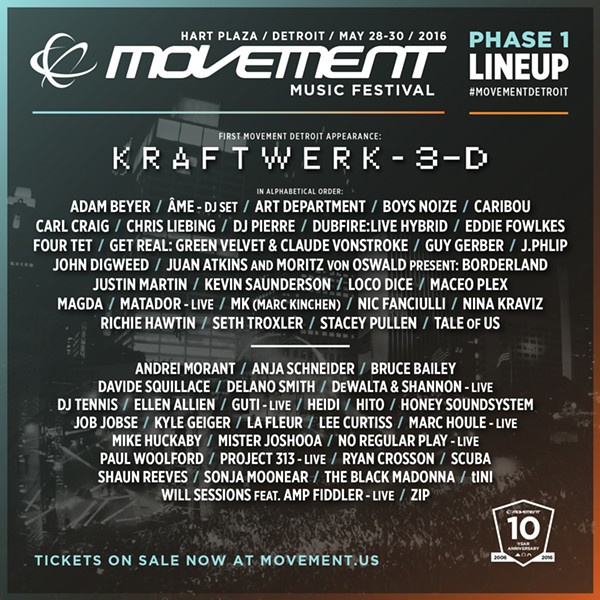