Why you should attend Thursday's Marcus Belgrave Scholarship Fundraiser 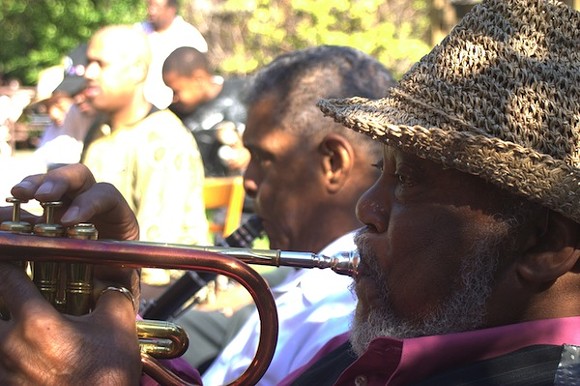 If you love Detroit jazz, then the name Marcus Belgrave needs no introduction to you. You know him as the jazz trumpeter from Detroit who was a student of Clifford Brown and went on to record with Motown Records before blazing his own trail as a jazz sideman and bandleader. He was also committed to bringing up the next generation of jazzers, teaching at the Stanford Jazz Workshop and Oberlin Conservatory. Belgrave, of course, died last year in Ann Arbor.

Belgrave may be gone, but his commitment to musical education lives on. And the lineup for the Marcus Belgrave Scholarship Fundraiser sounds simply phenomenal: as somebody pointed out to us, the group includes two Grammy nominees, a Guggenheim winner, and a Kresge Artist Fellow, more Downbeat awards collectively than anyone has bothered to keep track of, not to mention recording, performance, and production credits that run from Kanye West and Dilla to Kem to Paul McCartney to Oscar Peterson and beyond: the Sun Ra Arkestra, Sonny Rollins, Andy Bey, Herbie Hancock, etc.

Marcus was forever the “proud father” of his many musical children. I will never forget that gleam in his eye when one of them would call and update us on what they were doing. His smile would light up our home for days. Such as when Geri Allen became director of jazz studies at the University of Pittsburgh. He had so much joy that she was continuing his education legacy. She calls him her “musical father.”
I remember him watching Marion Hayden instruct youngsters at the Carr Center summer program one day. We stood in the doorway, and looked in, she couldn’t see us. (He said he didn’t want to disturb the class by walking in). His eyes were so bright! So proud, so full of love. The same thing happened when we stood outside the door at Civic Jazz and listened to Kris Johnson direct the band. He was always so proud of his babies.

With a testimonial such as this, we don’t need to go on much explaining why the kind of mentorship Belgrave represented should live on. Those who really want to support it can drop a hundo for the VIP tickets. Those who want to support it can buy the $25 general seating tickets. But if anybody out there is just curious about Detroit jazz, and the surprisingly broad family of performers it has encompasses, you could do worse than to ensure you have a seat at Thursday’s big show.