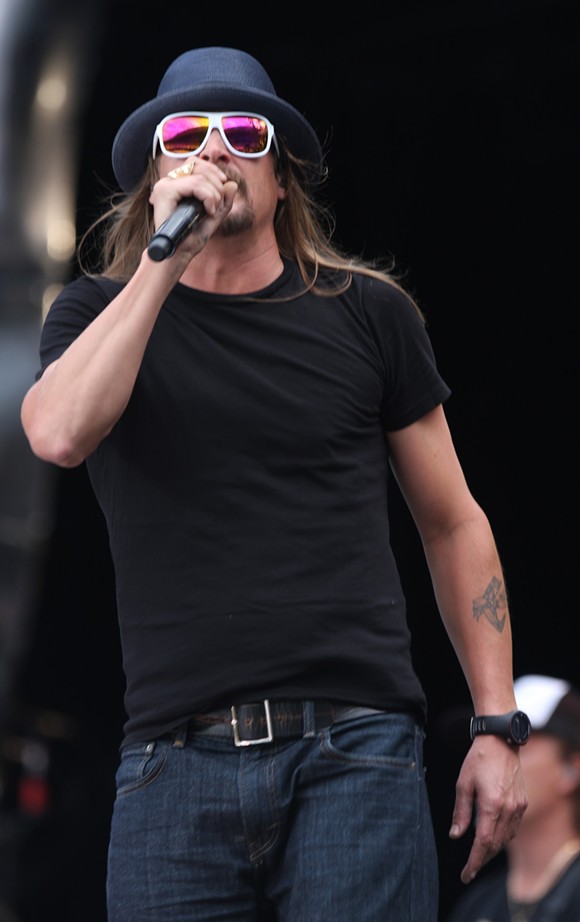 Kid Rock — you might have heard of him! — will be honored at the 25th anniversary Detroit Music Awards, which goes down April 29 at The Fillmore Detroit.

Adding further to the star power of the event is composer and producer Dan Yessian as well as Motown Records' late founding press officer and publicist Al Abrams; they both will receive Distinguished Achievement Awards.

General public tickets start at $25 and are available at the Fillmore box office or at LiveNation.com.

All fans of Detroit music can visit the DMAF website to vote for the Opportunity Detroit People’s Choice Award, where you can vote for your favorite artist and download their song for free. The winner will be announced at the awards show.

For a list of 2016 nominees and past winners, please visit www.detroitmusicawards.net. 2016 winners will be posted online after the event.

Since 1992, The Detroit Music Awards Foundation (DMAF) has supported and recognized Detroit’s musical community across a variety of genres and styles. In keeping with their long-standing tradition of celebrating all genres of Detroit music, the DMAs will present over 70 awards across eleven musical categories ranging from rock to rap, country to classical, Americana to electronic.

The DMAs are similar to the Grammy Awards. Award winners are determined by local musicians and music industry professionals in southeast Michigan, and presented in eleven music genres; Americana, Blues, Jazz, Gospel/Christian, Country, Classical, Rock, Urban, Electronic/Dance, Rap and World Music. The DMAs are the only local music awards in the nation to be presented by a not-for -profit organization. Voting is accomplished entirely via the Internet.