Study aims to find out why people hate Nickelback so much 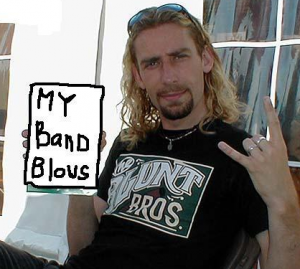 Remember a few years ago when everyone in Detroit said "OH FUCK NO" when they heard Nickelback had been selected to play the halftime show at the Lions Thanksgiving game?

Yeah, well according to a new study, there's something to all the unfettered rage that's become synonymous with the Canadian butt rock group. [Sidenote: need to know what butt rock is? Here ya go.]

Anttonen's paper aims to answer the question of but why?

She told Buzzfeed Canada she was most fascinated by how the contempt, especially from the media, increased as the band gained popularity. “It became a phenomenon where the journalists were using the same [reasons] to bash them, and almost making an art out of ridiculing them,” she said.

And ultimately, she concluded that music critics fancy themselves the guardians of taste and authenticity, and hating on Nickelback gives them the chance to show off their musical prowess by dismissing the band's work as complete shit.

And while that's not untrue, one thing Anttonen alluded to but didn't necessarily conclude is that making fun of Nickelback is just so damn fun.

C'mon, some of the disses she lists in her study included someone calling the band the "fucking H&M's Black Label Society" and another doozy which referred to lead singer Chad Kroeger as "ramen-Jesus."

And if we didn't have Chad and the gang to unite us all in our shared, potentially-displaced fury, who would?

Or hey, maybe we should all just leave the boys from Alberta alone because if we're all honest with ourselves, we each know we've sung along to "Photograph" at least once.