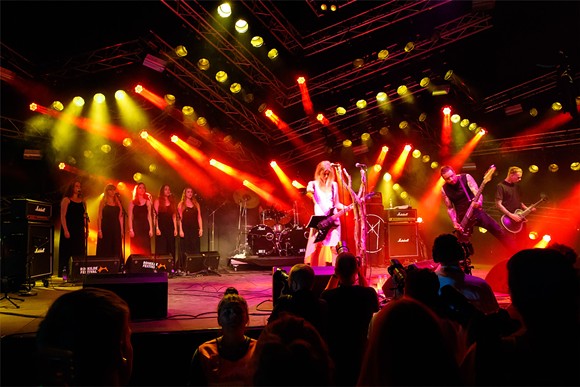 If you haven't heard of Myrkur, don’t worry — you’re not alone. This Danish composer and black metal phenomenon has never stopped in Detroit, let alone North America, before. She has this cool Björk vibe going on, along with her lush and brutal melodies that thrash against her heaviest-of-heavy sounds.
Her debut album M has been heralded as a metal masterpiece by the likes of NPR; she recorded most of it in Oslo, Norway with the help of some of the greats in her field.
There are haunting choirs, classical instrumental music, and a mix of Nordic folk that really sets Myrkur apart from other artists. Behemoth will be at the show as well. Doors at 7:30 p.m.; 431 E. Congress, Detroit; Tickets $22.