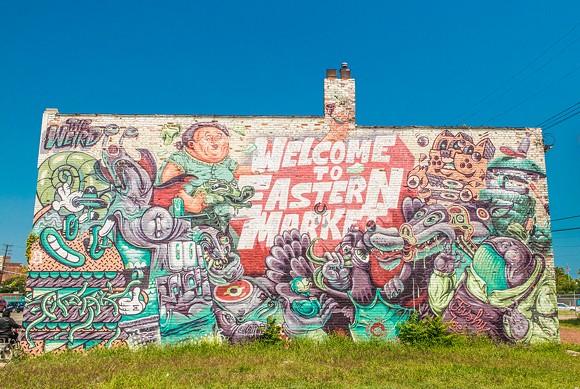 Add Architectural Digest to the list of national publications embracing Detroit's comeback story by examining one quirky facet of life in the city.

The magazine is taking its readers on a tour of Detroit's best street art spots in a recent installment of its Art + Auctions feature. The list is mostly unsurprising, featuring much-vaunted art installations from the 30-year-old Heidelberg Project, the massive Shepard Fairey mural and its newly-installed companion by the Perre brothers, and comes with travel advice sure to satisfy your inner hipster.

From an evening of play at Punch Bowl Social to strolling the Dequindre Cut, it is an art-as-itinerary hop onto the bandwagon of coverage of America's Comeback City. But if you ever find yourself in Detroit with a day to kill, or if you've somehow missed the highlights of the local street art scene, we can think of worse ways to explore the city.