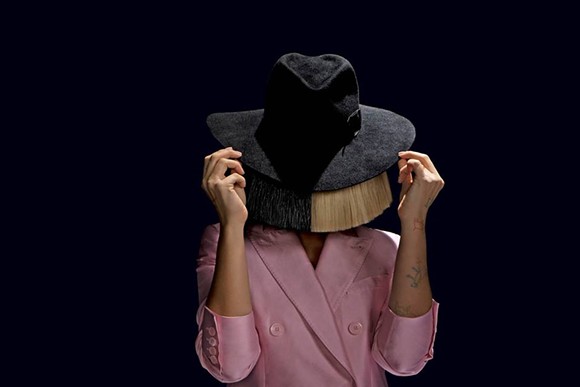 Pop music's most mysterious artist Sia announced that she will embark on a 22-city tour this coming fall — her first in nearly five years.

After reinventing herself for her sixth studio album 1000 Forms of Fear, Sia decided that whenever she is in front of the public eye she won't show her face. This has led to a number of creative ways for the singer to hide her face. From giant wigs, oversized hats, and straight up turning her back to the audience, every performance seems like a spectacle that you just need to see in person.

After a long hiatus of touring, Sia is finally hitting the road again, playing arenas for the first time. She will make an October 15 stop at The Palace of Auburn Hills. Tickets go on sale May 20th at LiveNation.com.

Granted, the last time she played Detroit was the summer of 2011 at the far more intimate St. Andrews Hall, but Sia's artistic caliber then was nowhere close to what is it today. Just read this review of her mind-blowing performance at this year's Coachella.