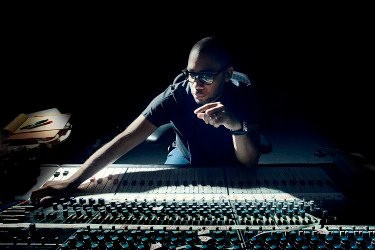 Late one February night, I found myself trekking along an empty road in Bologna, Italy with a friend. Occasional streetlights lifted the darkness, but it was getting cold. We were surrounded by empty fields. A tanker rolled by headed towards God knows where.

We were lost, but we didn't say as much. I felt awful. I'd convinced my friend to take the bus with me to a popular warehouse-turned-club just outside the walls of Bologna called Link. I didn't know that the bus stop was about a thirty minute walk away from where we meant to go.

For weeks, I had preached to my Californian friend about the Detroit musician Jeff Mills, whom the Italians lovingly call l'Alieno, the Alien ("The Alien is our Alien," they say). Techno wasn't really her scene, but she was open-minded. I'd seen flyers advertising a Mills performance at Link and couldn't believe my luck. As a Detroiter, I was obliged to go. The Wizard - another of Mill's monikers - was part of the influential second-generation of Detroit techno artists who spread their gospel of sound around the world, and particularly in Europe.

Eventually, we found our way there. Link was a pulsing eyesore in the middle of nowhere. Young Italians thronged the space outside, and a few tried pushing us drugs with cryptic names. My friend and I had a good time but, funnily enough, we only stayed long enough to hear the two sets before Mills, who began playing around 3 or 4 in the morning.

Since then, I've romanticized the night that I almost saw a musical god. But, as a recent story by VICE's Michelle Lhooq makes clear, Detroiters are surrounded by the techno divine.

Lhooq was able to go on a unique tour of landmarks connected to Detroit's techno past, and her guide was the one and only Carl Craig, a seminal figure of second wave techno. He was central to the creation of the Detroit Electronic Music Festival (now known as Movement) and through his label Planet E, Craig released music from artists like Moodymann (Kenny Dixon Jr.) and Kevin Saunderson. The latter, along with Juan Atkins and Derrick May, formed the holy trinity of first wave techno known as the "Belleville Three."

"Everybody knows everybody, pretty much," Craig told Lhooq in reference to Detroit's tight-knit community of electronic musicians.

At Submerge, a former union hall that now serves as a techno museum and studio space, Craig and Lhooq ran into "Mad" Mike Banks who, along with Jeff Mills, formed the militant musical collective Underground Resistance. Submerge is located on 3000 East Grand Blvd. and the techno exhibit is appropriately called "Exhibit 3000." There are glass cases on the walls containing relics from UR's early trips abroad, displays of drum machines and synthesizers, and collages featuring the likenesses of Jackie Robinson, the Tuskegee Airmen, and more.

The tour also included: Moodymann's three-floor brick "Prince House," which has purple drapes in all of its windows and an extensive collection of Prince memorabilia inside; the building that houses Metroplex/Transmat, the record labels of Atkins and May; the historic Majestic Theater, where artists like Eddie Fowlkes and Blake Baxter played; and the studio where influential DJ Electrifying Mojo helped introduced techno to the masses.