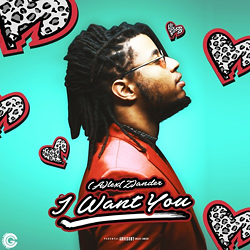 Don't let the start of the work week get your spirits down; perhaps these two worthy and brand new Detroit tracks can help out?

(A)lex(Z)ander
“I Want You”
Somewhere between Bilal and G-Eazy lies (A)lex(Z)ander. He’s a Detroit born artist who has released his newest single, “I Want You,” off his upcoming album The Shepherd of Leopard. The emcee/crooner serenades his woman of choice through mysterious but romantic organ chords. Even though the topic matter is not new, the cut is hot because its well executed and (A)lex(Z)ander is obviously a talented cat.


jay squared
“Changes”
“Changes” is a short 2:30 minute feel good track by Detroit emcee jay squared. The airy nature of the track gives it a slight '90s vibe (think Souls of Mischief.) He raps “Born inside the Westside of Detroit, We're the love is flowing frequently/ And the hating we avoid/Homie got employed And he bout to cash his check now and go spend it with his boys/ and now it's TU TU TU! And I done came up with my people ain't no love where I'm from/ I just sat and gave it time man I knew that it would come.”