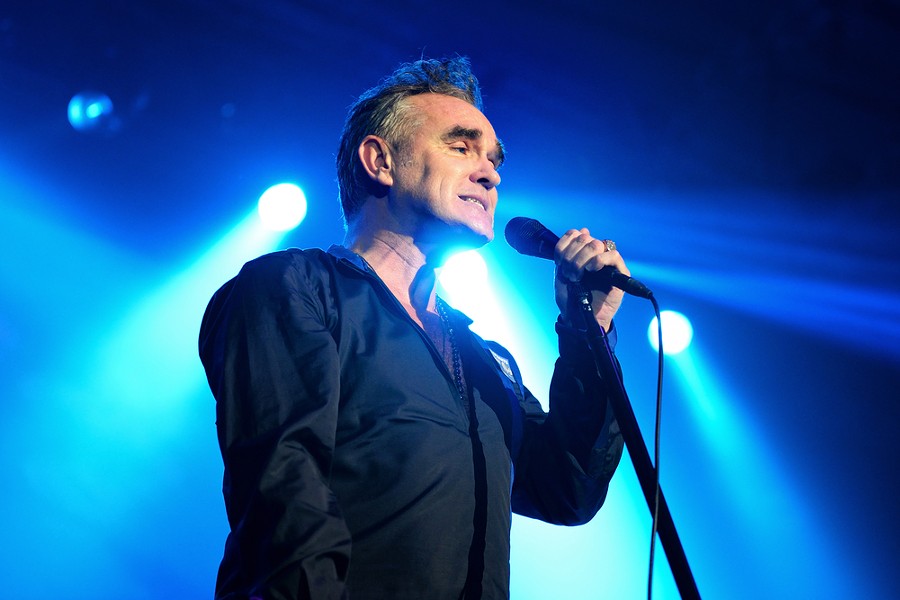 You have to hand it to Morrissey, when he feels strong about an issue the man absolutely doesn't hold back.

In an open letter on behalf of PETA, Morrissey is asking that GM start making vegan leather options for their Chevy Bolt and Volt.

The letter is directly addressed to GM CEO Mary Barra and points out that GM is named in PETA's brand-new investigation of cattle ranches and all the crazy shit that happens to them. Moz points out that the Bolt and Volt are marketed as eco-friendly, and adding the vegan leather would only broaden their appeal.

Morrissey's letter comes right before his show at the Royal Oak Music Theatre tomorrow night. This isn't something that is too unusual for Moz. When he played at Chicago's Riot Fest this past September he demanded that no meat be served during the hours of 8 p.m. to 10 p.m. during his headlining performance (that he was 33 minutes late to no less).

Better get your burgers and hot dogs early because no meat is allowed to be sold during Morrissey's set. #RiotFest pic.twitter.com/P3UYBryMVV

As of right now, Morrissey is still scheduled to perform tomorrow night at the Royal Oak Music Theatre. We will keep you updated if this letter turns into any sort of demand from the singer. You can read the full letter below.

As I head to Detroit to play the Royal Oak Music Theatre, I'm writing to ask GM to make Chevy's Volt and Bolt more eco-friendly by giving buyers the option to choose vegan leather interiors – including steering wheels and gear shifts. GM is named in PETA's brand-new investigation of cattle ranches, on which animals are branded on the face, electro-shocked, and beaten before they're slaughtered and used to make leather interiors for car companies, including yours. More and more people are opting for vegan leather for the sake of both cows and the environment. A staggering 51 per cent of global greenhouse-gas emissions are caused by animal agriculture. Animal skins also have to be treated with a toxic soup of chemicals in order to keep them from decomposing, and runoff from leather tanneries poisons vital waterways.
Given that the Volt and Bolt are being marketed to eco-conscious buyers, entirely vegan options would only broaden their appeal. I look forward to your reply.
Yours sincerely,