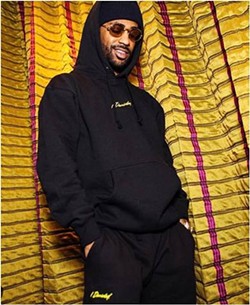 To coincide with the release of his new record I Decided, Detroit rapper Big Sean is launching a series of retail pop-up shops in New York, Los Angeles, Toronto — and yes, the Motor City.

The pop-ups will include limited edition merch like including T-shirts, hats, hoodies, sweats, bomber jackets, and more, ranging from $30-$200. According to a press release, the shops "are an extension of Big Sean’s brand, offering a visual and fashionable interpretation of I Decided."

Below, check out "Moves" from I Decided: