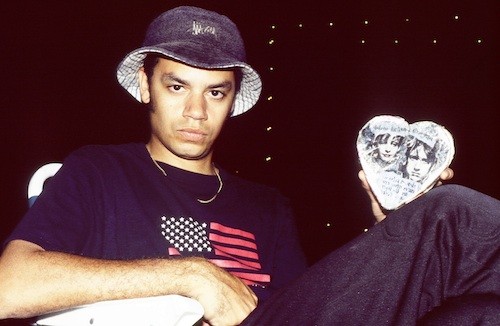 I first met David Stroughter in 1988. I was in Spahn Ranch, and Dave was a friend of our drummer Odell Nails. Dave came in to sing on an uncharacteristically dance-y track where we had the idea to use a drum machine and synths. “What would you do if two lions attacked me, tearing me up with their claws?” he sang. I was floored. He sounded like Marvin Gaye on “I Want You,” elevating our art-damaged post-punk song to romance and martyrdom in a single line.

Here was this guy raised between Southfield and Germany, where his mother was from. He was the epitome of a late ’80s Detroit post-punk enigma, a multicultural iconclast who grew up with the nephews and uncles of Motown royalty, who could be heard chatting with Einstürzende Neubaten in fluent German upstairs in the Burns Room of St. Andrew’s Hall after a show.

We became roommates in Hamtramck, where he introduced me to the wonders of A.R. Kane and Xmal Deutschland, bands whose beauty took the Cocteau Twins’ shimmery lullabies and shot them through with a perfectly dark streak, vaguely sinister, certainly bluesy. We also listened to — and laughed a lot about — N.W.A. Dave loved the characters. To him, they were almost Shakespearean. “I know you all and all the while uphold the yolk of your idleness,” as Prince Hal says in Henry V, pt. 1. 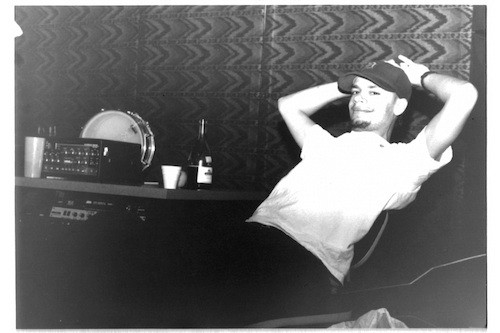 After the members of Spahn Ranch went their separate ways, Dave and Odell formed Majesty Crush with Michael Segal, the cynical record store clerk who’d sold Dave the A.R. Kane records years back. I batted cleanup as bass player. We came together in the basement of Dave’s Indian Village townhouse. Our hearts were in the right place even if your fingers on the frets more often than not weren’t. We’d turn what was supposed to be Velvet Undeground or, for my part, some half-assed James Jamerson bass line into some Joy Divison-y (bass-guilty as charged) Can-Motown thing. Our music was simple and spacey, but Dave’s lyrics and singing were deep and dark. It was Marvin Gaye singing Syd Barrett, full of longing, lust, and self-deprecation. Dave’s was an innocent mystery, utterly inspired, wistfully ephemeral, perfectly visceral, completely formed. He was our creative spark, our gift of fire.

But the star that burns twice as bright burns half as long, to paraphrase Dr. Tyrell's words about Roy Batty from Blade Runner, because, really, as I process Dave's passing and the decade that led up to his sudden, tragic demise, I need another doomed hero to reference.

Understanding Dave as a person was to understand a life of limitless opportunity overwhelmed by profound loss. Dave’s cousin was killed during an ATM robbery when we lived together in Hamtramck, prompting his beloved Aunt Otti to repatriate back to Germany. Later, Dave himself spent a weekend in jail after being falsely accused of an armed robbery simply by virtue of being a light-skinned black guy with a gap in his teeth. It didn’t harden him; it inspired him. At practice the next week, we wrote our happiest song, “Penny for Love.” 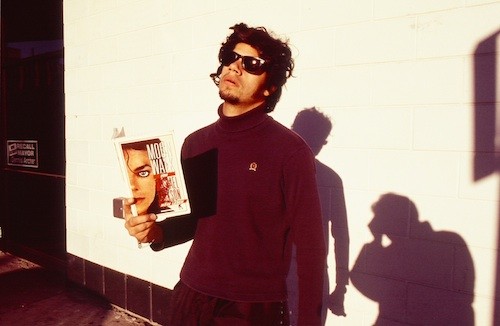 Even as Majesty Crush became an anomaly on the grunge- and alt-rock-era Detroit scene, these multicultural shoegazers playing goth-friendly, swirling, shadowy pop, Dave was finding his voice and singing his blues. “Psycho-blues,” as he once scrawled on a lyric sheet, in that scratchy, whiplash handwriting of his where letters leaned and toppled into each other. Yeah, he sang about cross-dressing, adult book stores, and prostitution in swooning melodies and falsetto harmonies. But they spoke to an uncanny, dimly-lit joy that, after a few drinks, felt like an epiphany, like the flashing of your answering machine (this is 1992, remember) telling you that you had one new message when you got home from the bar — even if it turned out to be you checking to see if you had any messages two hours earlier.

Dave was a character, to be sure. He’d perform in a wetsuit, be the life (and sometimes death) of the afterparty, as likely to wake up in amorous company as on top of a Dumpster in Eastern Market. His demons were real, even if, back then, they seemed cartoonish, even entertaining. Despite his mercurial nature, Dave always landed on his feet. He bought a house in Hamtramck; Preston Long of Mule lived upstairs. We made records, toured and shared those goofy moments all bands have, traveling for the first time to another city even if that meant you played to the band you were opening for and their record store friends. One night, we played the State Theater as part of 89X’s Club X. My mom came to see us. Backstage, Dave fired up a joint. “What? Your mom knows I smoke weed,” he insisted. He was right. To know Dave was to accept him.

Even though Majesty Crush was on a fringe of indie culture, we lived its hope as much as its cynicism. When we played New York for the first time during CMJ, driving down St. Mark’s Place to our friend’s apartment on the Bowery, Darcy from the Smashing Pumpkins jaywalked in front of our van. Midwest represent! That night, long after the rest of us had turned in, Dave stumbled back in after seeing Verve (this was the pre-“The Verve” days) at what we now would call a pop-up venue. He’d shared swigs of cooking sherry with Richard Ashcroft. How were they, Dave? “Rod Stewart meets … God.” Amen. 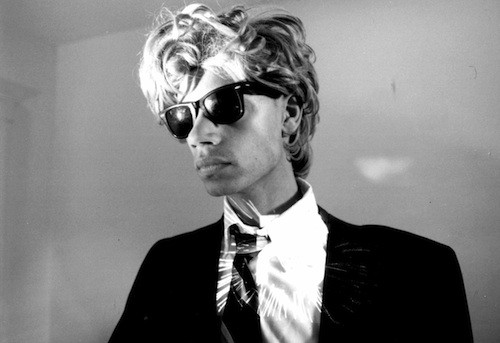 Right as our record came out, though, our label, a subsidiary of Elektra, folded. We made the best of it, writing and recording more aggressive material, but we’d run our course. We chalked it up as one of many, many Spinal Tap moments every band has. Dave picked up the guitar and made such records as P.S. I Love You, writing the perfect post-shoegaze epitaph “Where the Fuck is Kevin Shields?” which found its way to UK radio legend John Peel, who shared the sentiment by wearing a T-shirt of the record label asking the same thing. Dave moved to L.A., and was remarkably resilient with very limited resources and a changing music business. He got by flipping late-model luxury cars he’d buy at auctions, while finding his most consistent collaborator in Jonathan Wald, a fellow former Detroiter whose patience brought out an emotional generosity in Dave that inspired songs and healing following the passing of Wald’s mother a few years ago. Though based in L.A., Dave had become pen pals with UK shoegaze elite, posting in forums and ruffling feathers while endearing himself to them, most notably Spacemen 3 and Spiritualized bass player Will Carruthers, who would wind up traveling to L.A. to record the P.S. I Love You album. Increasingly, though, Dave’s impatience made him his own worst enemy. His mental health wasn’t so much an issue as an understanding; he had long since come to be “Stroughter,” the larger-than-life protagonist of increasingly less funny stories. He had a wilder look in his eye the handful of times we got together in L.A., but I blamed that on a decade of distance from the insular reassurance of Detroit. Still, we were family. He may have shown up in a beat-up Mustang convertible belching exhaust, but he made sure there was enough room for my son’s baby seat. We may not have always been in touch, but I always felt close. 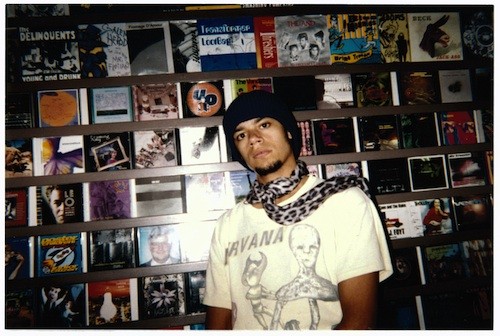 When Odell shared the news of Dave’s passing, we were both stunned. We knew Dave had been doing his own thing, it seemed to us, with diminishing returns. But we had always shared belief that, however distant, he’d be alright. Long after we’d reverted to more conventional lives, Dave was still out there, living between Hollywood Hills guest houses and the Morrison Hotel, making whatever it meant to work, work, on his terms, taking the good with the bad.

Which is why to mythologize him or his passing is to do a great disservice to David Stroughter’s legacy as an artist and visionary. Sure, there are the “but for the grace of God” and “for whom the bell tolls” factors of his passing being so far away, but, in this climate especially, so very, very close. But more than that, I’ll remember Dave as living in a world of pure imagination, even as it became more hostile. Dave took a lot from everyone around him, but he also gave a lot. You sang your blues, David. For a lot of reasons, but most all, as you sang over and over, for love. Thank you, brother. You’ve earned your peace. Shine on, you crazy, perfect diamond. 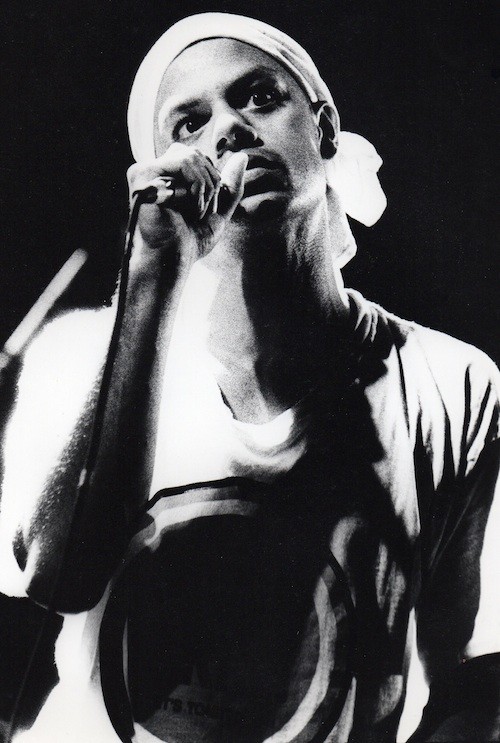