February 15, 2017 at 12:48 PM
comment
So while most you were hugged up with your boo thang celebrating the curse joys of monogamy, some of us were at the Valentine’s Day Party with Aaron Carter at The Loving Touch. No, not Nick Carter, that's the older one, and no, not Nick Cannon, that’s the guy who impregnated Mariah Carey, Aaron Carter is this guy: 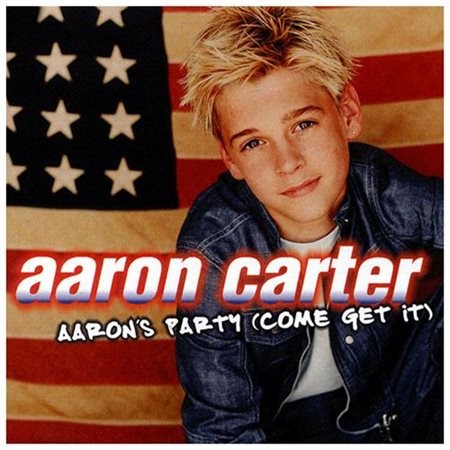 But he’s all grown up now. Yup, gone are the days of putting it in the hoop like SLAM (that’s how you beat Shaq just FYI), now he’s on to more mature content.

It was hard to tell how much of the crowd was there to relive the memories of the first time their netherparts tingled at the sight of a nubile pop star and how many were there to be drunk and ironic. With rumors swirling that Nick Carter’s lil bro is kind of a hot mess, it’s safe to say most people were there just to see what the fuck was gonna happen.

What did happen? Well, the show sold out, Aaron Carter showed up, and it was a goddamn party. Gotta hand it to the opening act Nikki's Wives, a three-piece band from Toronto who lists A$AP Rocky and Pat Benatar among its influences, for bringing all the mid-90s No Doubt vibes (a past this writer relives daily), and having sick merch. And Aaron Carter does what Aaron Carter does now — some kind of Beiber-esque EDM pop stuff that's actually not that bad. He just dropped an EP called LøVë, yup, don't know what's up with the spelling but whatever it's Aaron's Party and we're just here for it.

Yes, he sang "I Want Candy," no he didn't sing "How I Beat Shaq," or maybe he did, not really sure, thanks alcohol! There was no choreography, sigh, but he did some EDM things on a keyboard that made up for it. Oh yeah, the "I Want Candy" performance was an EDM reboot because it's 2017 and nothing else matters anymore.

Except you, Lil' Carter. You'll always have our hearts. Also, fuck you vodka.