Just announced: Pixies at the Fillmore in October 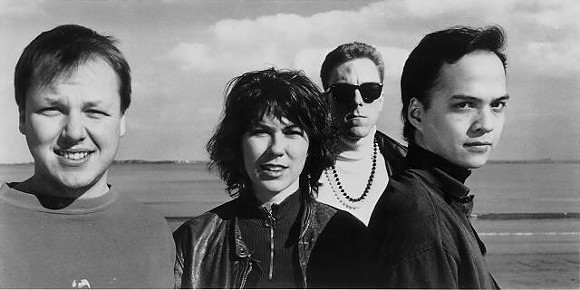 The Pixies (supported by Sunflower Bean) return to Detroit on Friday, Oct. 6, to play the Fillmore Detroit. It's an all ages show for the act (Joey Santiago/guitar, Black Francis/guitar & vocals, David Lovering/drums, and bassist Paz Lenchantin), and tickets will be available at the $35, $45, $65, and $75 price points. Tickets will go on sale this Friday, Feb. 24 at 10 a.m. via this link here.

Read our review of the band performing live at St. Andrews Hall in 2015 right here.

The Detroit date is part of the second leg of their mostly sold-out 2018 tour. The 1980s Boston alternative rock act is very interested in working against ticket scalping. They will be working to get their face-value tickets to their fans, something they did very successfully during last Fall’s UK tour, according to a press release. “On this tour, we are asking the promoters and the venues to make available as many tickets as possible for pre-sales," Pixies manager Richard Jones says. "That way, we can help insure that tickets get into the hands of the fans and not the scalpers. We’ve also asked the promoters to remove any secondary site links and to use their anti-tout teams and technology to help combat the scalper market."