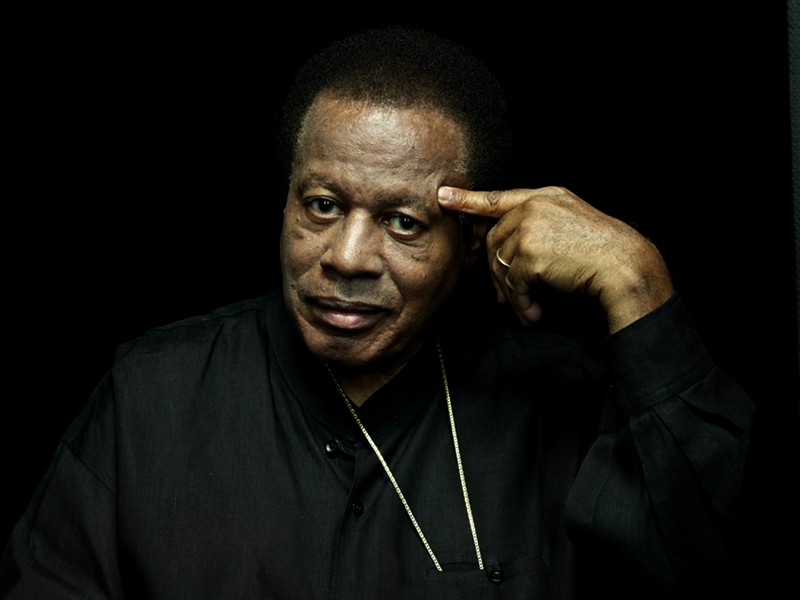 Over the weekend, the Detroit Jazz Fest announced its artist-in-residence for this year's festival, and it is none other than saxophonist and composer Wayne Shorter. Shorter has earned 10 Grammy (TM) awards in five different categories and has garnered multiple other accolades throughout his career.


Anyway, here is the press release, and stuff. (Please note: when they say "free jazz festival," they mean that entrance is free):

A master sax innovator and composer, Shorter has 10 Grammy awards in five different categories, and has earned accolades throughout his career, including the Polar Music Prize and being named Jazz Master by the National Endowments of the Arts. Shorter will join the esteemed list of jazz legends who have held the respected Artist-in-Residence title in past years, including Ron Carter, Pat Metheny, Joshua Redman and others.

“Over the course of my career, I have had the pleasure of performing at venues across the world and playing with some of the greatest jazz artists of our time,” said Shorter. “Performing at the Detroit Jazz Festival is something I’ve received the opportunity to do on several occasions, and each time it’s combined a phenomenal atmosphere with immeasurable talent, which is why I keep coming back. I am extremely honored to expand my Festival participation this year by becoming the Detroit Jazz Festival’s Artist-in-Residence.”

As Artist-in-Residence, Shorter will occupy the coveted opening Friday night slot, officially kicking off the 38th Annual Detroit Jazz Festival, which runs Sept. 1-4, 2017, on four grand stages in downtown Detroit. In addition, Festival attendees will be treated to a special performance, the Wayne Shorter Quartet with the Detroit Jazz Festival Orchestra perform Emanon. This piece, inspired by Shorter’s lifelong love of science fiction and mythological superhero adventures, will make its North American debut at the Festival.

In addition to Shorter’s sets, there will be hundreds of other performers, ranging from well-respected and recognized artists to up-and-coming talent, student ensembles and late-night jam sessions. Shorter will kick off his Festival activities with a one-set performance with bandmate, Danilo Pérez, at the Dirty Dog Jazz Cafe in Grosse Pointe Farms on April 20. Limited tickets are available; additional details will be posted to www.detroitjazzfest.com as they become available.

“The Detroit Jazz Festival is about celebrating the overwhelming amount of unique and distinct sounds that jazz offers. We are thrilled to feature Wayne Shorter as Artist-in-Residence to help carry on that legacy,” said Chris Collins, president and artistic director of the Detroit Jazz Festival Foundation. “With a unique perspective and penchant for interaction, Mr. Shorter has spent the last half century revolutionizing jazz composition, saxophone and group improvisation. We can’t wait to share this generational talent with festival-goers – for free.”

Born in 1933, the Newark, New Jersey, native has created many jazz music innovations in a career that spans 50 years. He earned his bachelor’s degree from New York University in 1956, and then was drafted into the United States Armed Forces in 1957. While in college, Shorter played tenor saxophone with the Nat Phipps orchestra, and upon graduating, worked briefly with Johnny Eaton and his Princetonians earning the nickname, “The Newark Flash,” for his speed and facility with the tenor saxophone.