Review: Trey Anastasio Band at ROMT on Saturday, May 6

In 1983, Trey Anastasio and a few buddies entered a grey space where the Grateful Dead had, for almost twenty years been the sole inhabitants of. Borne of Phish's eclecticism, Anastasio continues to fill spaces with his brand of feel-good, quasi-jam band groove. It's not just a hippy show, it's a Trey show. There are plenty of bands that followed in the Dead's footsteps. And yeah, Trey followed in these footsteps too, but his approach at composition never shamelessly emulated The Dead like so many jam bands have done and continue to do.

His new album, Paper Wheels, carries with it the same smiley affect of previous albums while fine-tuning the horn arrangements absent with Phish. It's also clear from their night at the Royal Oak Music Theatre that Anastasio is more concerned with precision vocal harmony. His additons of Jennifer Hartswick (trumpet) and Natalie Cressman (trombone) give TAB what it needs to ride above the "jam band" tag and enter into something more akin to funky, gooey big band. Hartswick and Cressman, both skilled brass instrumentalists are also proficient vocalists, again bringing Trey's solo act more precision than Phish. 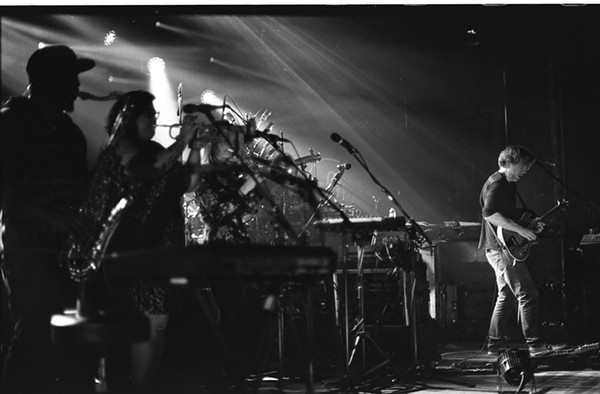 A visit to the Royal Oak Music Theatre usually elicits at least one "How you doin' Detroit?!" Trey's version of the Motown tribute, a reasonably un-jammy version of: "Aint' No Mountain High Enough" and for good measure, a four-song encore including Toots' "Sweet and Dandy."

What stands out the most is the tightness of TAB; Trey isn't relying on the zealous Phish fan-base for his kicks, nor is the band haphazardly tossing ideas into the wind and hoping they stick like so many other jam
bands. It's clear after a song or two that they are working for it. 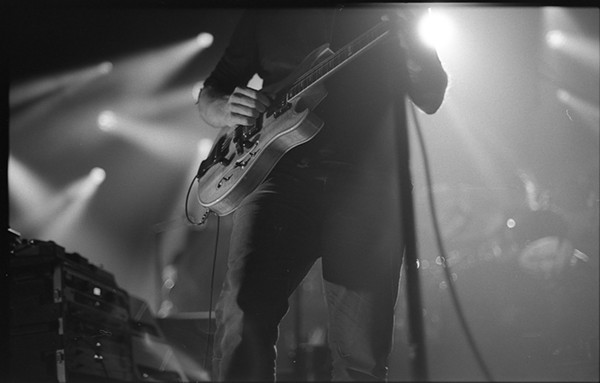