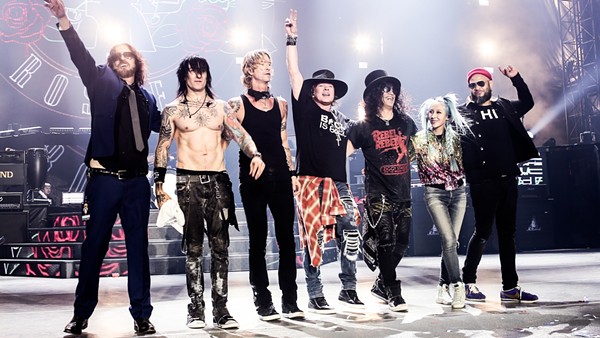 We've just learned that rock music icons Guns N' Roses added a series of fifteen additional North American stadium and arena stops on their ongoing worldwide “Not In This Lifetime Tour” produced by Live Nation, including a stop at the Little Caesars Arena on Thursday, Nov. 2 at 8 p.m.