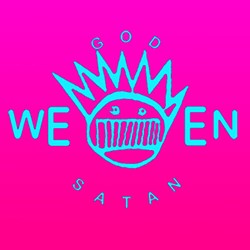 OK, so this Friday is June 2, which means ohhhh fuck, the rent is due tomorrow. Did you pay the rent yet? Where the heck is that checkbook?

Did you remember also that none other than Ween is playing a very special reunion type show (this last hiatus lasted four years) at the Royal Oak Music Theatre, in Royal Oak, this Friday, June 2? Some things are more worth remembering than others.

Really hope you got your tickets already, because the show is sold-out.


All hope is not lost, of course, if you do not have tickets. It's possible ROMT will release more tickets on the day of show. It's possible a friend of a friend has an extra seat for you — ask around on social media. Of course, you can also try a third-party vendor ticket reseller; just be careful if you do. And remember that there is also rent.


The band, which consists of members Gene and Dean Ween, Claude Coleman, Dave Dreiwitz, and Glenn McClelland, has been at it since the '80s, and they’ve released 11 studio albums, no less than six live albums (one of which was just released last year), and a whole slew of EPs and other stuff, but you know all that already.