U2 to bring its 'Joshua Tree' tour to Detroit in September 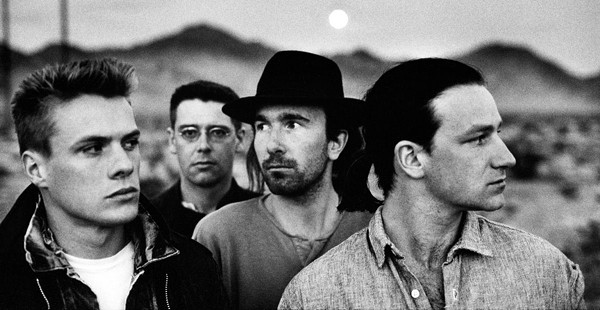 This morning, we learned that an Irish band you might have heard of named U2 is extending its wildly heralded Joshua Tree Tour 2017, beginning with a date at Ford Field on Sunday, Sept. 3.

Tickets for the big rock tour of the year (which celebrates the 30th anniversary of the band's classic fifth album) go on sale this Monday, June 12 (note: not Saturday, June 10 as was initially reported). Ticket prices start at $35 with general admission floor tickets at $70. There will be an exclusive priority presale for U2 subscribers at U2.com starting Thursday, June 8 at 10 a.m.

"For the performance of The Joshua Tree... the band members took places on the full-sized stadium stage. They were ascending the way their career did… The band was dwarfed, but the music wasn't. Larry Mullen Jr. on drums, Adam Clayton on bass and the Edge on guitar tore into the urgent rhythmic flux of 'Where the Streets Have No Name.' Against the craggy postpunk groove of 'Bullet the Blue Sky,' both Bono's falsetto and the Edge's guitar leads were keening sirens."—THE NEW YORK TIMES


An anniversary edition of the album was just released by Interscope Records on June 2. Alongside the 11-track album, the super deluxe collector's edition includes a live recording of a 1987 Madison Square Garden concert; rarities and B-sides from the album's original recording sessions; as well as 2017 remixes from Daniel Lanois, St Francis Hotel, Jacknife Lee, Steve Lillywhite and Flood; plus an 84-page hardback book of unseen personal photography shot by the Edge during the original Mojave Desert photo session in 1986. The Joshua Tree was produced by Brian Eno and Daniel Lanois.