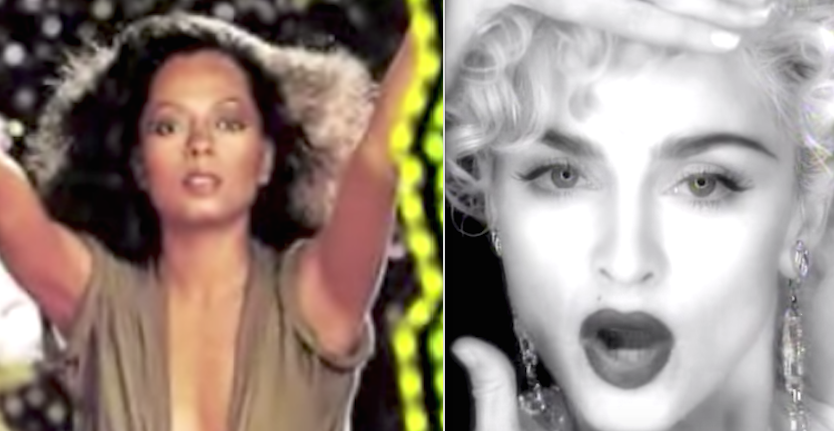 As we all know it is a Pride Month, and what would a celebration of the LGBTQ community be without the anthems that define such a diverse and unique community. The lovely folks at Rolling Stone gathered up a list of the most essential Gay Pride songs of all time — and two queens who hail from the Detroit area made the list.

Diana Ross, the queen of Motown, released "I'm Coming Out" back in 1980 and basically gave people coming out of the closet a theme song. Even beyond the positive message, the song itself is such a bop, led by Chic's Nile Rodgers giving his signature guitar lick. We dare you not to dance at a party or club when this song comes on.


Next up is Madonna, the metro Detroiter who left the suburbs for New York City. Madge has enough songs beloved by the gay community to have her own list, but only "Vogue" was worthy enough of this one.

As far as Madonna songs go, "Vogue" is one of her best. The song itself is iconic, but the music video for the song just takes the cake. The black & white filming, the dancing, even those finger snaps all make it one of the best songs to get down to ever.


Other artists who made the list include Robyn, George Michael, and Scissor Sisters to name a few.