The Weeknd headed to Little Caesars Arena in November 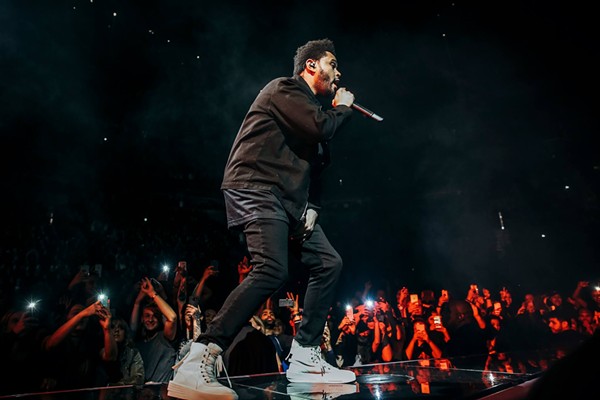 The Weeknd may have just played at the Palace last month, but that is not stopping the Starboy from heading back to Detroit for one more show. The Weeknd just announced phase two of his Legend of the Fall 2017 tour and he will be visiting Detroit once again.

The show won't happen until Wednesday, November 1 at the newly opened Little Caesars Arena. The Weeknd joins a growing list of pop superstars who are headlining the soon-to-be open arena like Lady Gaga, Paul McCartney, and Katy Perry. The Weeknd will be joined by Gucci Mane for the tour, too.

Tickets go on sale Friday, June 16 at 11 a.m. The Weeknd's show at the Palace sold out last month so you may want to hop on these tickets sooner than later!