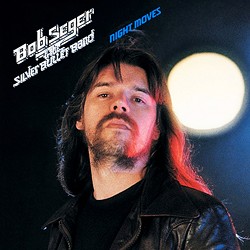 Just in time for Father's Day, Michigan's own Bob Seger has finally allowed his music to be heard on streaming services like Spotify, and Apple Music, Amazon, iHeartRadio, Napster and something called Slacker Radio.

Of course, a host of crucial early works remain unavailable, but that isn't new for Seger's catalog, as we discussed earlier this year.

Rolling Stone fills us in today on the back story for why his music wasn't up there in the first place, as well as shedding light on why Seger's pre-fame records remain unavailable in any format:


"In a 2014 interview with Rolling Stone, Seger, who will embark on a nationwide tour with the Silver Bullet Band this summer, explained why his music wasn't available online. "It's an ongoing issue with my manager and Capitol Records," he said. "They agreed to something many years ago about new media and they don’t want to live up to it. Until that's resolved, we let very little out ... It does [frustrate me]. I wish people could get any song at any time." It's unclear how the situation with Capitol was resolved and what spurred Seger to change his mind."

Seger was one of the last musical holdouts from streaming services, which remain highly popular, though they are not beloved by every musician or songwriter in the word, and are not even necessarily solid businesses in and of themselves (time will tell).

Meanwhile, the Freep has created a Seger Spotify playlist that is the perfect accompaniment to you burning a cheeseburger for your Dad in the backyard this Sunday.