The new music festival that is taking over Southwest's El Club this coming weekend already impressed us with its lineup — featuring acts like Carseat Headrest, Whitney, Margaret Glaspy, Moodyman, and many more. The genres range from garage rock, folk, and a little bit of house music.

Another thing that impressed us with the festival is its schedule and the lack of conflicts. One of the worst parts about going to a huge festival like Bonnaroo or Lollapalooza is bands playing at the same time. Because Waking Windows has a smaller lineup, the conflicts are at a mere minimum with Saturday being the only day with some conflicts.

You can take a look at the posters below for all the set times of the four-day festival that is about to take over El Club this weekend. If you're just hearing about the festival for the first time, you can still get tickets to the festival here. 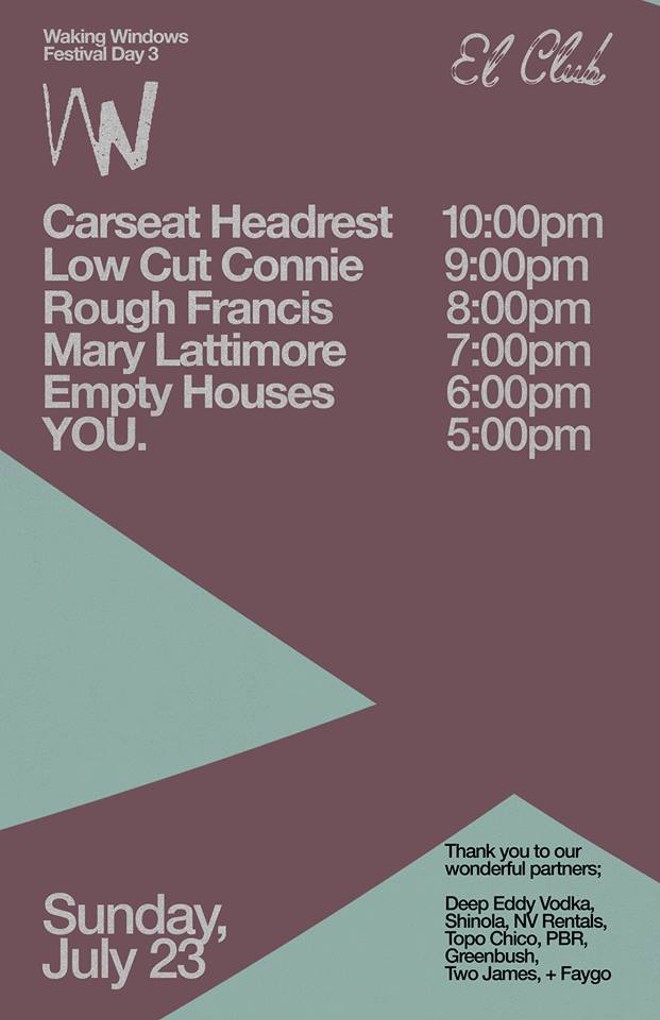