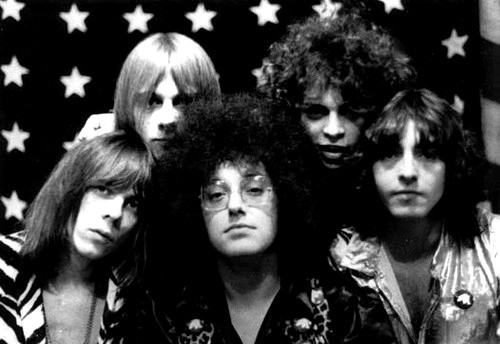 Is the third time going to be the charm for the legendary Detroit band MC5?

The Rock and Roll Hall of Fame released their list of nominations for the 2018 class and MC5 are on the shortlist for the third time. The punk rockers made the nomination last year, as well as back in 2003.

Wayne Kramer, one of two of the last surviving members of the legendary punk rock act, told Billboard that he's not spending too much time worrying if they get inducted this year or not.

"Y'know, I actually hadn't thought about it since this time 365 days ago," Kramer says. "It's just so awkward because it seems as if the people that kicked the MC5 out of the music business are some of the same people that run the Rock Hall. Maybe there's been a turnover and there's a new generation that sees the significance of what me and my friends did a long time ago, I don't know."

If MC5 are voted into the Rock and Roll Hall of Fame, Kramer says the award will be "bittersweet" since three of its five members have died. He adds, "I'm sure it would be very important to both of us. It wouldn't be a bad thing."

Inductees for the 2018 class will be announced in December with the ceremony taking place April 14 in Cleveland.