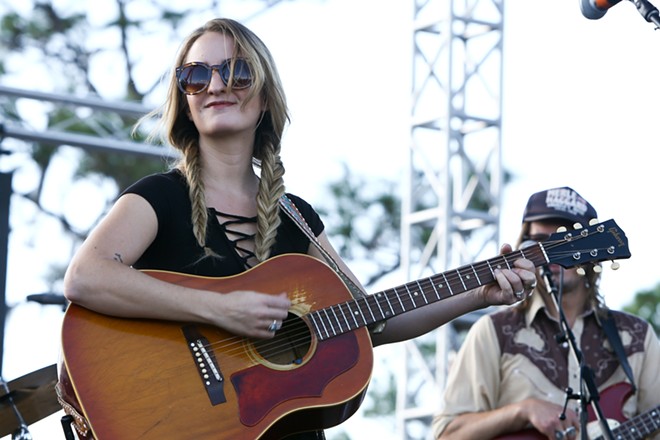 It's just over a week until Third Man Record's critic darling Margo Price releases her highly anticipated sophomore album All American Made, but luckily for you it's available to stream over at NPR right now.

Price first came onto the scene when she released her debut album Midwest Farmer's Daughter to critical acclaim. The album landed her a gig as musical guest on Saturday Night Live and performing slots at music festivals like Bonnaroo.

To get a feel of Margo Price, watch her NPR Tiny Desk concert below (that was filmed the day after the 2016 election, so keep that in mind when you watch) or just stream the new album.