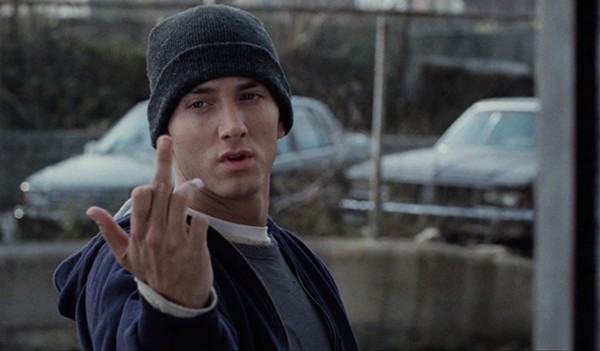 Fifteen years ago, Eminem's 8 Mile made its Detroit premiere at the former Phoenix Theatres on — where else? — Eight Mile Road. To celebrate the film's anniversary, the theater (now called Bel Air Luxury Cinema) will host a special red carpet screening.

The theater has partnered with Em's Shady Records for the event, which is set for 7 p.m. on Wednesday, Nov. 8. To drive the whole numerology thing even further, tickets are just $8 — with proceeds benefiting the Verses Project, a partnership with Michigan State University to bring music education to city students.

Revisit the trailer for Eminem's quasi-autobiographical hit — and those hair-raising opening bars to "Lose Yourself" — below.