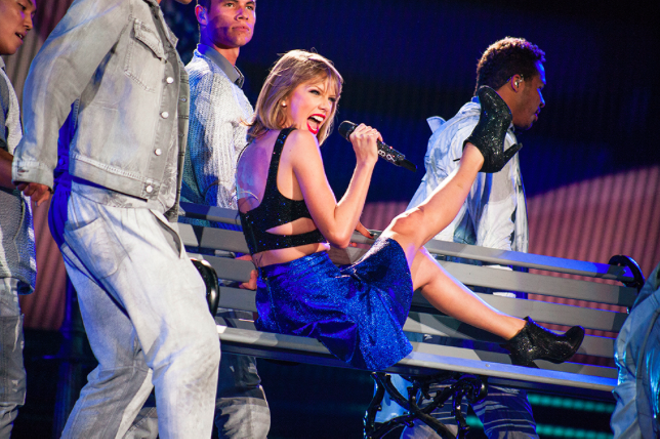 Look what we made her do, you guys.

Pop music's No. 1 heartbreaker (and heartbroken) Taylor Swift announced the dates to her first leg of North American stadium dates supporting her much anticipated (and non-streaming) Reputation, including a Detroit date.

Tickets for her tour, which kicks off in May of next year, go on sale to the general public starting Wednesday, Dec. 13. But if you're a verified Swiftie, fans can purchase tickets in advance through Ticketmaster Verified Fan Program. (Registration is open until Nov. 28.)

After performing as Saturday Night Live's musical guest over the weekend — channeling a lackluster Britney Spears circa 2007 VMAs — we hope the new Taylor is ready for it.