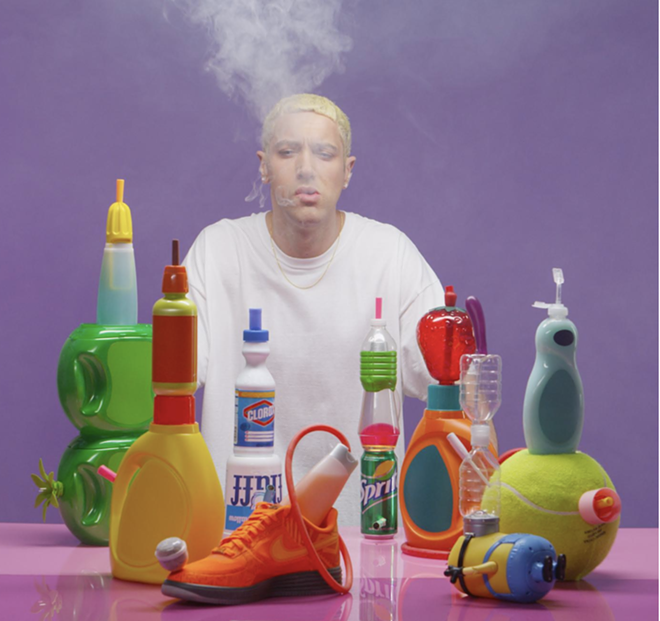 Have you ever been mistaken for someone else? Or maybe you've been told you look like a celebrity? Though the chance of you having a true doppelganger is one in a trillion, you likely fall into the same category as Philidelphia-based installation artist Alex Da Corte, who has been exploring the depths of his look-a-like, Eminem, since stumbling upon a photo of the rapper at the Louvre in 2013.

While 2017 ushers in a new era of Slim Shady, Da Corte recently debuted a photo/video trilogy of himself starring as Eminem in an exhibition entitled Bad Land. Da Corte took alter-ego to a new level by spending a year impersonating Mather's style and mannerisms in an attempt to identify with the possibility that the controversial rapper is an empathically tragic underdog. The exhibit features a smoked-out Da Corte as Em with a slew of homemade bongs to a Warhol-esque film involving the artist eating cereal dressed as an iconic early 2000s Shady.