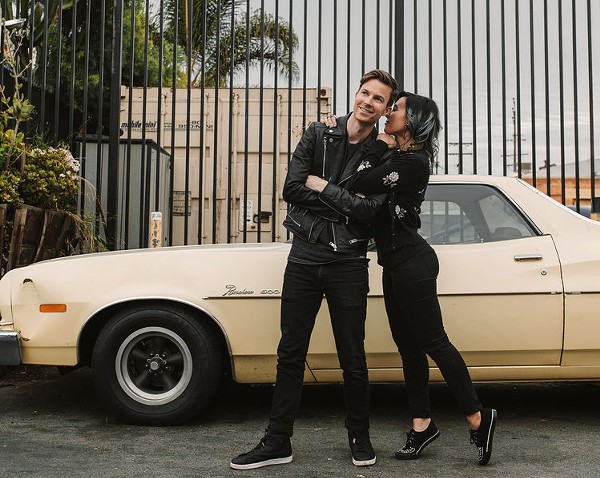 Matt and Kim debuted "Forever," a single from their upcoming album (due out this spring), as well as a 33-date tour. The tour, which kicks off in Ithica, New York on March 7 and wraps up in May at the Shaky Knees Festival, will stop at Royal Oak Music Theatre on April 18.

After a gruesome onstage ACL injury in 2017, Kim Schifino and partner Matt Johnson were forced to cancel tour dates and take a recovery-based hiatus.

“2017 was not a great year for us. Kim got real depressed during her recovery, and anyone who knows Kim (or has seen her play) knows she’s such a bad-ass upbeat person so it was hard," Johnson said in a statement accompanying the video, "I feel since the beginning of music people have used writing songs as a form of therapy, but I’m not sure we ever really did … until 2017. With a song like “Forever” it felt really good to get stuff off our chest. While the chorus may seem harsh … I think the verses are a cry to pull together and just overcome all the bullshit.”

Tickets for Matt and Kim's Royal Oak appearance are available for "Scream Team" members and will go on sale on Friday, Jan 19 for the general public.

Click here for a full list of dates and check out the energetic video for "Forever" below: