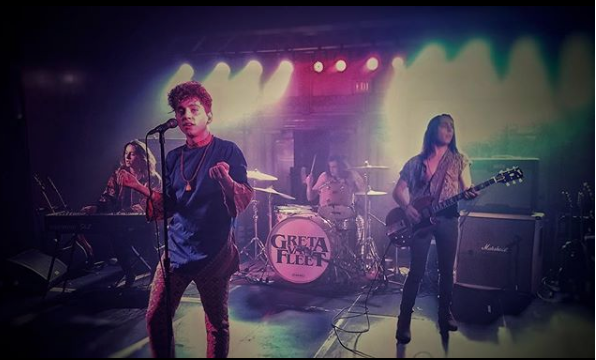 Frankenmuth's Greta Van Fleet have earned a reputation as one of the best young rock 'n' roll bands around, even earning a glowing feature in Rolling Stone earlier this month.

Today, the band announced they will bring their 1970s throwback sound to the Fillmore Detroit on Tuesday, May 22. Tickets go on sale on Friday, Jan. 19 at noon and are available for $20-$49.50.

Greta Van Fleet has drawn comparisons to Led Zeppelin, and they have the riffs to back it up: Tracks like "Safari Song" and "Highway Tune" sound like they belong on Zeppelin's bluesier first two records. The riffs hark back to Jimmy's Page's dirtiest rhythm parts, the drums are pounding and Bonham-esque, and singer Josh Kiszka's voice sounds like vintage Robert Plant before years of partying trashed his vocal chords.

The band released their latest EP, From The Fires, in November 2017 and have been blowing up ever since. The EP has racked up millions of listens on Spotify, including more than 10 million on "Highway Tune," the EP's lead single. Greta Van Fleet will tour Europe this March and the U.S. in April and May, including a slot at this year's Coachella Festival.

Here's the video for "Highway Tune":


Anthony Spak is an editorial intern with the Metro Times and a recent graduate of Oakland University’s journalism program. Spak spends most of his time in Detroit playing music or eating gyros at Golden Fleece.