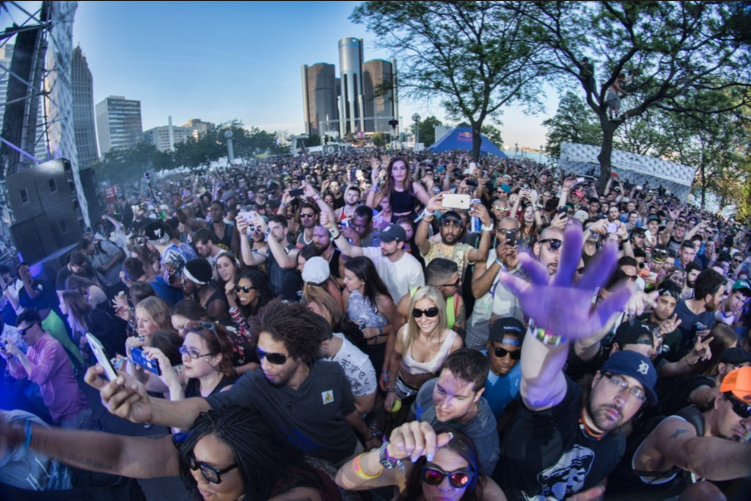 Set times for next month's Movement Electronic Music Festival have just dropped, giving the tens of thousands of ravers expected to attend a critical resource with which to map out their weekend.

This year’s event will feature 85 acts across five stages at Hart Plaza. The biggest acts come at the end of each day on the Movement stage — on Saturday its Claude VonStroke, on Sunday its a b2b set featuring Loco Dice and The Martinez Brothers, and on Monday its a special hip-hop performance by every single living member of Wu-Tang.

Additional Saturday highlights include Carl Craig and friends on the newly-designed Stargate Stage for another edition of Detroit Love. Interdimensional Transmissions, one of Detroit’s most celebrated labels, will hit the underground stage for a day reminiscent of its famous warehouse parties. Festival favorites Maceo Plex, Ida Engberg, Christian Smith and Lee Burridge will perform on the newly-designed Pyramid Stage.

On the final day of the fest, Memorial Day, Movement will celebrate the 25th anniversary of Wu-Tang's classic debut album Enter the Wu-Tang (36 Chambers). Meanwhile, Charlotte de Witte, one of the most talked about techno artists in 2017, will make her festival debut on the Resident Advisor Underground Stage. Mad Decent label boss and producer Diplo returns to the festival for a closing set on the Red Bull Music Stage, where you can catch jazz and hip-hop quartet BADBADNOTGOOD just before. The Stargate Stage, meanwhile, features a showcase of young talent, including REZZ, Mija, and J.Phlip.

The full schedule is available below. You can buy single-day or weekend passes here.