Eminem celebrates a decade of sobriety with a Tweet 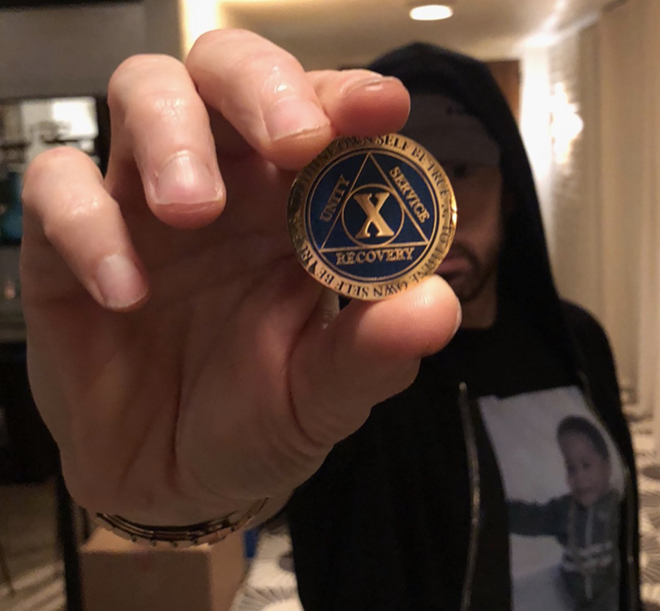 Eminem's latest record, Revival could not be more aptly named given the context of a celebratory Tweet the Detroit-rapper posted before headlining Coachella this weekend.

The photo shows Em holding his sobriety chip which features the Roman numeral "X" and the words "Unity," "Service," and "Recovery."

“Celebrated my 10 years yesterday,” he wrote alongside the image.


During his Coachella performance last week, Em dedicated "Not Afraid" to his fans who have struggled with addiction and to those who have lost loved ones.

The rapper has been candid about his addiction to prescription pills and his 2007 overdose.

"Vicodin, Valium and Ambien, and toward the end, which caused my overdose, methadone. I didn’t know it was methadone," he told the New York Times in 2011 when asked about the subject of his album Recovery. "I used to get pills wherever I could. I was just taking anything that anybody was giving to me."

Needless to say, Em has come a long way from his "Drug Ballad" days and has turned to existential queries in regards to his own legacy, political statements, and curious collaborations with Ed Sheeran.