Guess which Detroit bands are featured in the new game 'Detroit: Become Human' 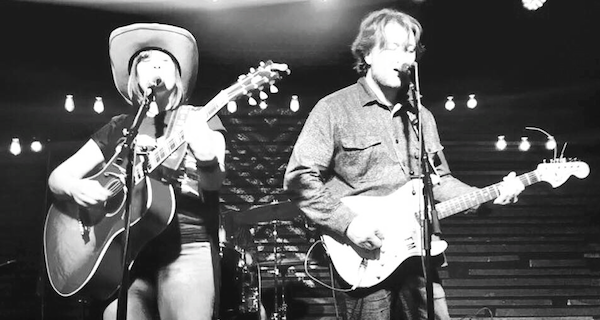 The word is out now: With the release of the new video game Detroit: Become Human we can now reveal that some actual, nonfictional Detroit bands are featured in the game. We don't know how they appear, we don't know why, but we do know which bands and which songs are included.

The bands include some we've covered here in the pages of MT: The Whiskey Charmers, Emily Rose, Thornetta Davis, Rocket 455, Juan Atkins (as Model 500), and White Shag. The songs have mostly been uploaded to YouTube over the last several hours, and we'll provide links to them below.

The fact that this development was such a surprise was intentional: The people behind the game asked the artists to keep it quiet until today. Or that's what we heard from Whiskey Charmer Carrie Shepard, who spoke with us this afternoon and spilled the beans on how her band got involved.

Shepard tells us it all started with a post on social networking about two or three years ago asking Detroit artists to submit their music for possible inclusion in a larger project.

"It wasn’t a lot of information," Shepard says. "So I emailed them and they emailed us back and told us what it was for — but we didn’t know anything about video games. I think we gave them our whole first record, and told them, 'These are the songs we have.' And then we didn’t hear from them for a year."

That silence came to an abrupt end six months ago, when game developers emailed the Whiskey Charmers, saying they'd selected three songs that "fit perfectly in the game." A few months later, the duo was asked to sign a nondisclosure agreement.

In fact, Shepard has been watching live streams of people playing the game, trying to figure out how her group's songs figure in.

"Last night," she says, "I watched at midnight some random person’s live stream. Of course, we didn’t see any music, but they had a musician playing a guitar outside some familiar-looking place downtown. I thought maybe that’s how they get into the songs? But then he started singing and it didn’t sound like anybody I knew."

Shepard adds with a laugh: "Then the guy live streaming asked, 'Should I push him?'”

It's all cause for plenty of laughter for Shepard, and makes for some odd conversations with her kids, who seem to be the most freaked-out party of all.

"I sent a link to my daughter, and she said, 'Mom, are you sending me a link to a live stream?' She told me, 'Mom, I don’t think you understand how weird this is. You don’t even realize.'"

Related 'Detroit: Become Human' is finally out and people feel some type of way

'Detroit: Become Human' is finally out and people feel some type of way
By Jerilyn Jordan
The Scene