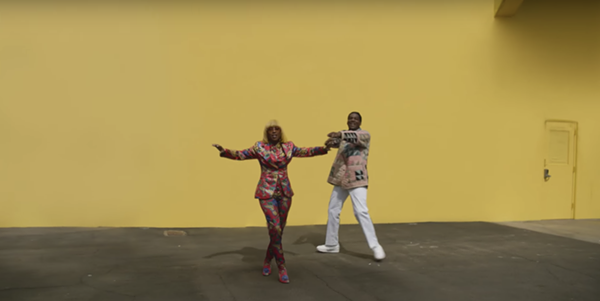 The world has been waiting nearly three years for a proper full-length release from Detroit's most reluctant hip-hop star, Loaf. Back in 2014, she made one hell of an introduction with the in your face YouTube hit "Try Me".

Last summer she teased with "No Fear" with limited details on the progress of her forthcoming debut, Liberated which, until today, seemed as though it may never see the light of day.

The wait is over. Today marked the release of the Loaf's uplifting video for Liberated's title track, which also features retro-soul darling Leon Bridges.

The video opens with songwriter Teddy Gieger, who penned the song and introduces a stunning mashup of people of color and folks from the LGBTQ community all of whom sound off on what liberation means to them.

"I won't judge who you love or your brown skin," Loaf sings against shimmering steelpans and horns, "People get liberated."

Dej Loaf took to Instagram last night to announce that she would be paying for marriage licenses at New York City Hall, which started at 8:30 a.m. this morning because apparently gifting us with the feel-good anthem we so desperately need was not enough of a public service. The announcement included the postscript, "Love wins when #peoplegetliberated". She has also launched a social hub where folks are encouraged to share their stories, struggles, and liberated triumphs.

Watch the gleeful video for "Liberated" below.