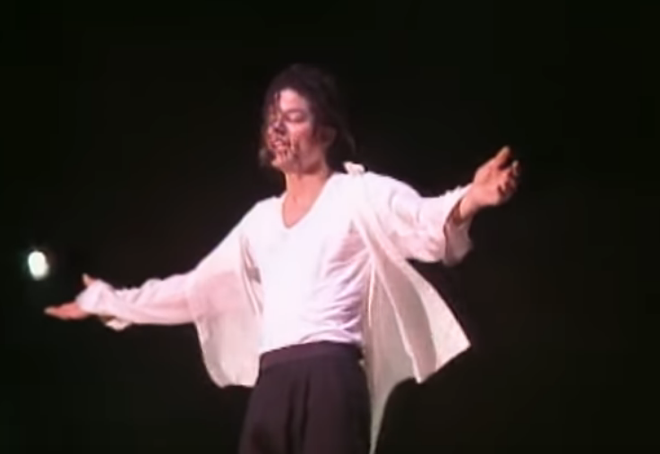 Detroit Music Weekend is off to a strange start thanks to the cancellation of a highly publicized honorary street naming ceremony.

It was announced last month that the King of Pop, Michael Jackson, would be honored with a street naming ceremony in Detroit. During a May press conference with Randy and Jackie Jackson, it was revealed that a stretch of Randolph Street in downtown’s theatre district was set to be renamed "Michael Jackson Avenue" and that the unveiling was to take place Friday, June 15 to kick off Detroit Music Weekend — an event the remaining Jacksons are scheduled to headline Saturday night. Due to a Detroit City Council formality and a misunderstanding, the street naming has been canceled.

However, Detroit Free Press reports the Jacksons were led to believe that the entire Jackson 5 were to be celebrated with the street naming — not just MJ. According to Stephen Grady, a Detroit City Council representative, naming the street Michael Jackson Avenue was intended to be “a compromise” as an ordinance passed just last year “prohibits ceremonial street designations for organizations or groups.”

"We're still working through the process," Grady said Wednesday. "The amendment to the ordinance is fairly new, and we're trying to understand what we can do," Grady told the Free Press of the cancellation. "We still plan to do something for the Jackson 5."

Last year, Detroit diva Aretha Franklin gave what could be her last performance during Detroit Music Weekend and was honored when a portion of Madison Avenue was renamed "Aretha Franklin Way."

Nearly 50 years after signing with Motown Records and recording their first No. 1 hit, "I Want You Back" at Hitsville U.S.A. on West Grand Blvd., the remaining Jacksons — Tito, Marlon, Jackie, and Jermaine — will perform a free 75-minute set on Saturday, June 16 sure to be full of hits. They will also pay a special homage to brother Michael "through use of revolutionary digital technology."

Why the Jacksons will always be the Jackson 5
By Jim McFarlin
Local Music
Stay on top of Detroit news and views. Sign up for our weekly issue newsletter delivered each Wednesday.