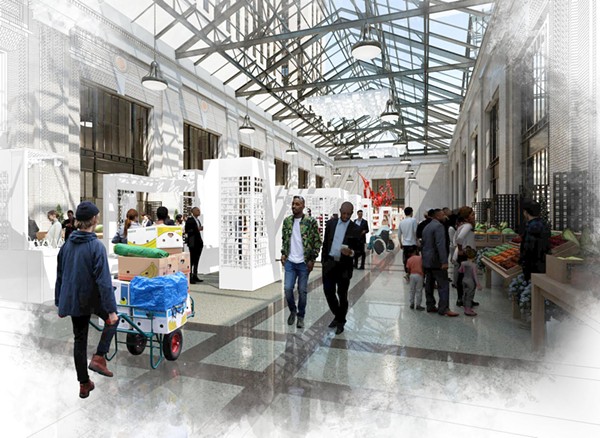 Ford Motor Co. has big plans for its recently acquired Michigan Central Station in Detroit. If we're following this correctly, the complex is in talks to possibly include:

• Ford's autonomous vehicle laboratory, the anchor of a campus where 2,500 people will work.

• Retail open to the public.

• ...including a fruit stand, if we are to believe the rendering above.

• ...which could also feature a performance venue.

• Oh yes, and train tracks, just in case they still want to do the whole train thing.

These are grand plans, plans as grand as the hulking 105-year-old ruin itself, it would seem. Then again, they aren't that far-fetched: The 500,000-square-foot station's 15-story tower was always intended to include offices, but they were never filled with tenants.