30 years after his death, Roy Orbison will tour as a hologram 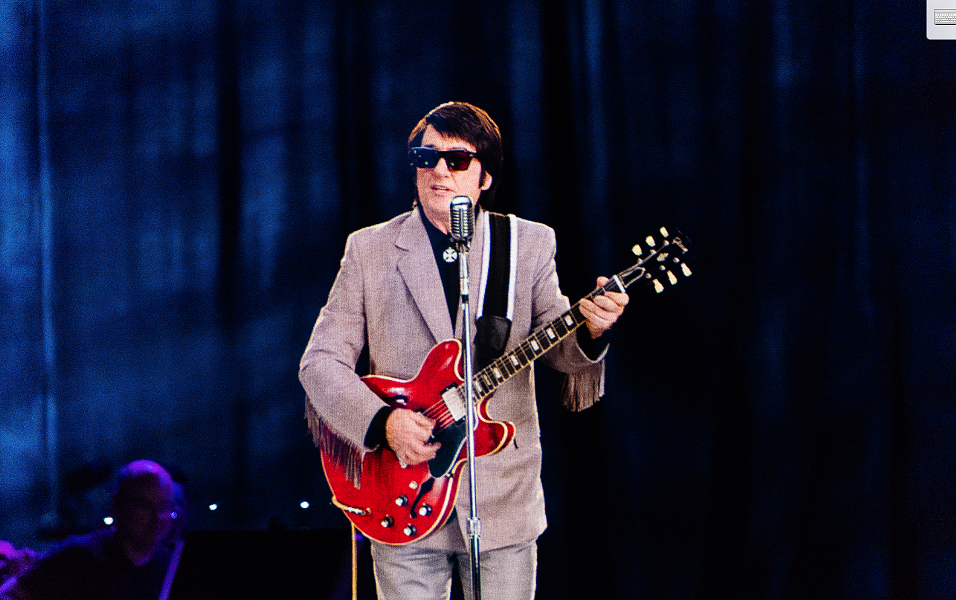 The future is now — and it's really fucking weird.

The most transcendent voice in rock 'n' roll history is quite literally transcending space and time whilst defying our feebly formed constructs of the afterlife. Thirty years after his death, Roy Orbison is hitting the road as a hologram.

After a successful European debut earlier this year, In Dreams: Roy Orbison in Concert will embark on a 28-date trek through North America starting Oct. 1 in Oakland, Calif., and will ghost through Detroit's Fox Theatre on Oct. 20.

The only estate-approved production has been brought to life by BASE Entertainment, which "fuses advanced holographic digital laser technology with live theatrical stagecraft." Orbison's vocals have been digitally remastered for each of the set's 16 hit songs, and the hologram will be accompanied by a live orchestra.

According to the website, "you will clap your hands numb as he [Orbison] interacts with the other musicians and reacts to you in the audience."

Though hologram technology has been used to revive deceased legends for special appearances (namely Frank Zappa and Tupac Shakur), In Dreams is the first worldwide hologram tour.

Orbison, who died of a heart attack in 1988 at the age of 52, is survived by his son and President of Roy Orbison Music, Alex Orbison.

“My father had a special transcendent vocal ability that made him something of an anomaly in the world of pop and rock, but that’s what endeared him to his fans," he said in a statement to Rolling Stone. "For our it was an amazing emotional experience to see this for the first time and we know audiences worldwide will have the same reaction.”

Tickets are available via Orbisoninconcert.com