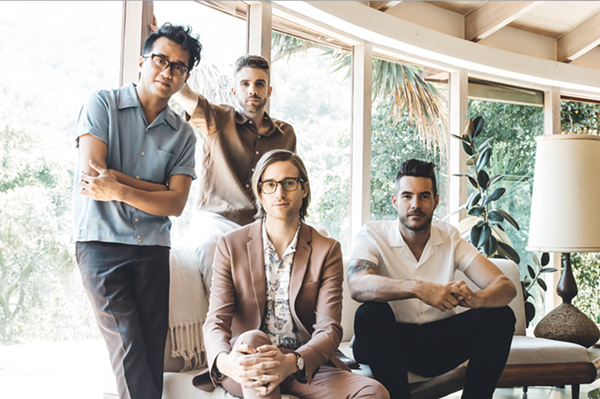 It’s no easy task to embed the popular children’s diddy “head, shoulders, knees, and toes” into a pop song and make it sound cool. Yet L.A. indie-pop foursome Saint Motel did that with “Move.”

After the band’s 2014 earworm “My Type” blew up, the band was handed the keys to the indie-pop kingdom, landing spots in commercials, film, and even a pro soccer video game. In the second of three free summer concerts at Beacon Park (last month, the venue hosted JR JR), Saint Motel will ride the wave of 2016’s and dish out the summer- radio-friendly vibes they’re known for.