It's that magical time of year again— Saturday, July 28 and Sunday, July 29 West Riverfront Park will transform into a musical wonderland thanks to the ever-delightful Mo Pop Festival.

Spin recently named Mo Pop one of their favorite music festivals for its laid backness. Not only is there an arcade, a bevy of delicious food trucks, and an Instagram-worthy view of the Detroit waterfront, but Mo Pop continues to boast one of the most diverse line-ups. The best part? You never have to miss a single set (nor do you have to haul ass to get there) because there are only two stages and set-times never overlap. Last year, Solange, Alt J, Vance Joy, and Run the Jewels ran the game. This year, they've upped the ante with 22 artists. From elusive indie greats Bon Iver and St. Vincent to local up and comers (we're looking at you, Curtis Roach) Mo Pop 2018 is ready to pop off.

Why you should watch: The last time Brockhamton came to Detroit, the band delivered two riotous and sold-out performances at the Majestic Theatre. With 13 active members, Brockhamton is flipping the script on the term "boy band" with their house-party brand of alternative hip-hop.

Why you should watch own Shortly graced Metro Times bands to watch earlier this year, and we hate to say it, but we totally told you so. Since then, she's opened for Phoebe Bridgers, the Decemberists, and Jeff Rosenstock. And the girl only has only one damn song out.

Why you should watch reigning kings of sad-dad rock know how to put on a show. Ohio indie-darlings turned mainstream makers of melancholy the National will continue to peddle Sleep Well Beast, their latest record that artfully tackles the fear of fatherhood, corrupt governments, and the struggle to keep love alive. With a consistently quiet potency, the set will take you into the speckled shadows of a career built on patiently innocuous rock 'n' roll. 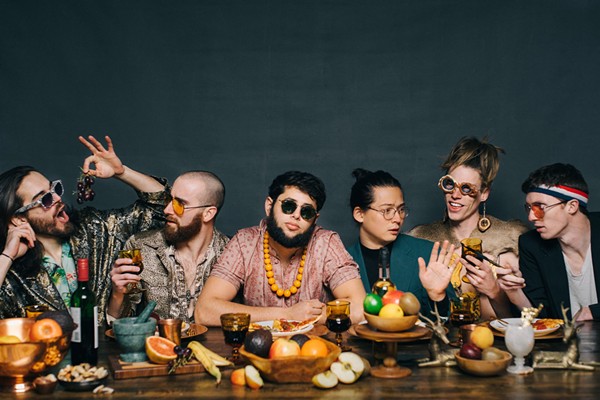 Why you should watch: Sure, this Michigan band's name is a mouthful, but when it comes to Joe Hertler and the Rainbow Seekers, there's a lot to unpack when it comes to their brand of post-Motown folk rock.

Why you should watch: At just 23-years-old Canadian rising star Daniel Caesar is R&B's favorite flavor. Riding the wave of his smooth AF and well-rounded debut LP Freudian, Caesar's voice will give goosebumps better than a Netflix and chill session ever could.

Listen to: "Get You ft. Kali Uchis"

Why you should watch: 16 years old and her debut single "Ocean Eyes" has 87 million Spotify streams and counting. In addition to being aesthetic #goals, the silver-haired songstress has the emotional electro-pop on lock. Breathy vocals and atmospheric dance beats paired with her enchanting witchy athleisure vibes all add up to Billie Eilish becoming the princess of sad pop.

Why you should watch: Just months before his graduation from Cass Tech, the 19-year-old Detroit rapper independently released his breakthrough mixtape, 2017's Highly Caffeinated — an incredibly well-rounded and seamlessly produced to an era of hip-hop that precedes him. Part J Dilla part Chance the Rapper, Curtis Roach is about to pop off. 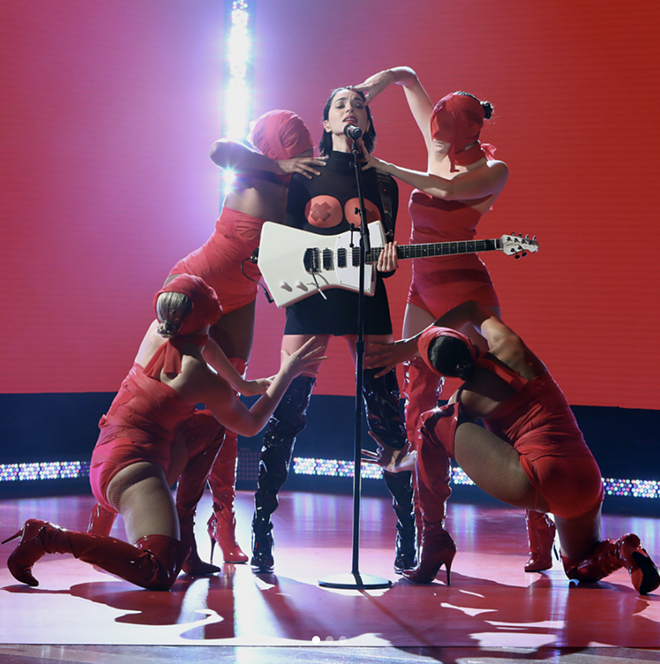 Why you should watch: Ugh. Can we just be Annie Clark already? Alternative queen, better known as St. Vincent and best known for her signature theatrics that skirt the lines of feral and therapeutic, Clark paints a world dripping with intimate details. 2017's finds St. Vincent sensual and defiant. As for her live show? It's modern rock art at its finest.

Why you should watch: Bring tissues and whatever you do DO NOT TEXT YOUR EX because elusive indie overlords Bon Iver (who have not made a Michigan appearance in over a decade) are headlining Mo Pop. Led by emotional frontman and master of melancholy, Justin Vernon, Bon Iver live is a bucket-list item.

Listen to, anything. But For Emma is a good start. Or "Holocene"

Why you should watch: No band captures the romanticism of summertime youth quite as accurately as Canadian pop outfit Alvvays. Who else can make merry-go-round's sound downright sexy? Shimmering 70's low-fi melodies and daydreamy harmonies helped land their sophomore record 2017's Antisocialites on best-of lists everywhere.