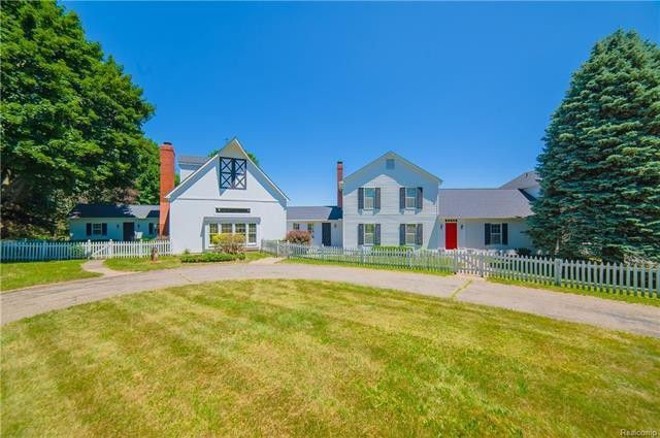 When Kid Rock was, well, just a kid, he grew up on a sprawling, 5.5-acre estate in Macomb County's Bruce Township, where his father owned a car dealership nearby. His family has reportedly decided to part ways with the property, which could be yours for just under $599,000.

A posting for the property appeared on realtor.com, but it is now listed as off market. A representative from Morgan and Milzow Realtors says the real estate agent had to put the listing on hold due to a family emergency, and the property is expected to be re-listed next week.

The nearly 6,000-square-foot home was built in 1972, one year after Kid Rock — née Robert Ritchie — was born, and renovated in 2004. It has 22 rooms, including five bedrooms, seven bathrooms, a five-car garage, basement, guesthouse, three-stall horse barn, tennis court, and pool.

"They loved and still love all that is special about the house and property," listing agent Pam Ford Morgan says on realtor.com of Kid Rock's family. "Life has changed for all of them, so the time has come to part with this treasure."