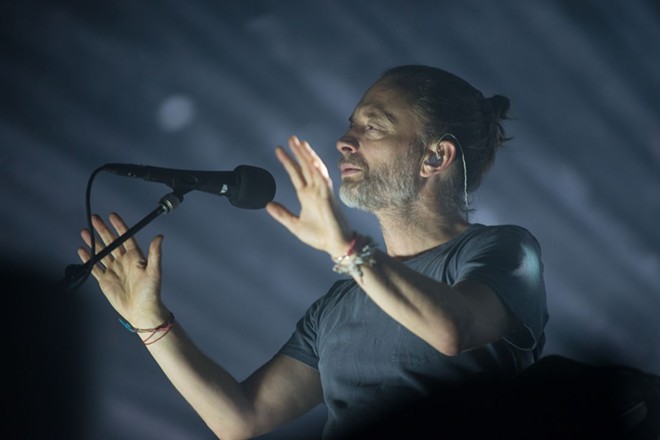 Whether you were lucky enough to catch Radiohead's rare and mesmerizing Detroit appearance last month;or not, Thom Yorke is making up for lost time by circling back in Nov. as part of a month-long solo trek.

The tour, which aligns with the release of Yorke's first major motion picture score for the upcoming remake of the 1977 Italian horror film Suspira, begins in Philadelphia and will visit the Masonic Temple's 1,586-seat Jack White Theater on Dec. 2.

Watch Yorke and Godrich perform below.