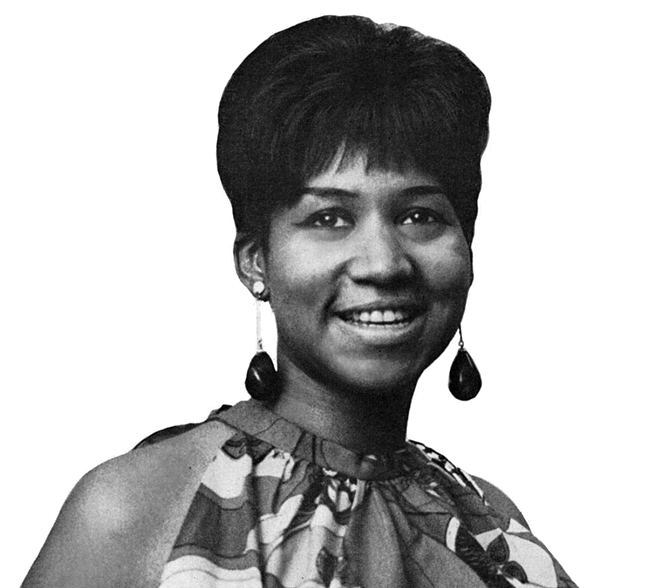 In the wake of Aretha Franklin's passing at age 76 after a battle with pancreatic cancer, few words can be said to truly give credit to the groundbreaking contributions made by Queen of Soul.

As we collectively mourn the loss of one of Detroit's greatest cultural figures, we've curated a collection of some of Aretha's most celebrated hits and slept-on gems for your listening pleasure.


Released on Columbia Records in 1967, "I'll Keep on Smiling" was just a taste of things to come before the artist released the anthem that would cement her in the memories of listeners across generations.

In 2018, Franklin's "Respect" is still as earth-shattering as when it was first released in 1967 on Atlantic Records. A single on her album I Never Loved A Man The Way I Love You, "Respect" is a song of empowerment that sparked a conversation about gender equality and civil rights that continues more than 50 years later.

A Change is Gonna Come

Franklin's stirring cover of Sam Cooke's iconic "A Change is Gonna Come," adds a soulful, soaring female power to the classic song that grapples with mortality and finding the strength of spirit to carry on.

Released when Aretha was just 19 years old, "Maybe I'm a Fool" sees the budding young woman tackle the complexities of love in this deep cut from 1961. Before taking the crown as The Queen of Soul, Franklin demonstrated her vocal range on this bluesy gem.

I Say a Little Prayer

Franklin had fully arrived by the time she released her 1968 album, Aretha Now. The major hit from the record, "I Say A Little Prayer" demonstrates Franklin's burgeoning maturity as an artist and became one of her most recognizable singles of all time.

Franklin's gospel-inspired "Son of a Preacher Man" is a sexually-charged anthem from her 1970 album This Girl's In Love With You. The chorus "The only boy that could ever teach me was a son of a preacher man" drips in innuendoes as Franklin's voice explores sensual desire.

I Knew You Were Waiting (For Me)

Perhaps one of Aretha Franklin's most out-of-character singles, this 1986 duet leans heavily on the pop sensibilities of George Michael. Even though the drum machine-derived beats are dated, Franklin's voice still kicks.


There are few songs as soulful as the 1968 classic "(You Make Me Feel Like) A Natural Woman." The single from Franklin's album Lady Soul became a classic fixture of her musical canon.


Franklin's 1961 cover of "Over the Rainbow" demonstrates the then 19-year-old singer's vocal range, but still has a subtle rawness of youth that demonstrates the power and potential that was to come.