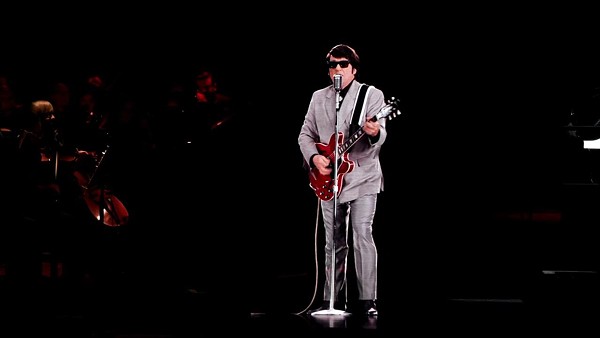 Last month, Metro Times reported that Roy Orbison, the same Roy Orbison who has been dead for nearly 30 years, would be making his grand re-entrance to the earthly stage as a fucking hologram because apparently in 2018 being dead doesn't mean shit.

Anyway, after a successful European debut earlier this year, In Dreams: Roy Orbison in Concert "The Hologram Tour" will embark on a North American 28-date trek through space and time starting Oct. 1 in Oakland, Cali., and will ghost on through Detroit's Fox Theatre on Oct. 20.

The only estate-approved production has been brought to life by BASE Entertainment, which "fuses advanced holographic digital laser technology with live theatrical stagecraft." Orbison, whose three-octave-climbing vocals have been remastered for each of the set's 16 songs, will be accompanied by a live orchestra.

If that wasn't enough of a head trip for you, Orbison's hologram will wave to the audience and partake in interactive onstage banter with his non-holographic bandmates.

In other words, you will either find yourself "Crying" with joy from having seen Roy Orbison or you'll be "Running Scared" because, well, holograms.