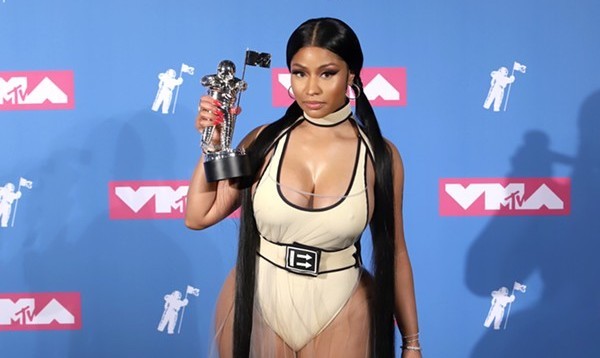 Detroit is forced to wait a bit longer for "Barbie Tingz" as Nicki Minaj is the latest pop queen to dip out of an upcoming tour.

Live Nation announced late Tuesday night that Minaj will delay her North American tour by five months so that the singer can "reevaluate elements of production on the NickiHndrxx Tour," going on to say that Minaj plans to use this time to "contribute more time to rehearsal ahead of the tour’s launch to make certain her fans get the absolute best quality show that they deserve.”

The NickiHndrxx tour in support of Minaj's highly anticipated record Queen released earlier this month was scheduled to kick-off on Sept. 21 in Baltimore, and pay a visit to Detroit's Little Caesars Arena on Sept. 26. According to Live Nation, the tour will resume in May without support from Atlanta rapper Future, following the previously scheduled European leg which remains unaffected by the shakeup.

The news has stirred rumors that poor ticket sales are the cause for the postponement. In recent weeks, Minaj has taken aim at various streaming services for contributing to Queen's underwhelming reception. She is also in a beef with rapper Travis Scott and social media influencer girlfriend Kylie Jenner for plugging his chart-topping record Astroworld, which has more streams than Queen.

"I put my blood sweat & tears in writing a dope album only for Travis Scott to have Kylie Jenner post a tour pass telling ppl to see her & [daughter] Stormi,"Minaj tweeted. "I'm actually laughing. #Queen broke the record of being number 1 in 86 countries."

Ticket holders can obtain refunds at point of purchase. Tickets for the Little Caesars Arena show purchased by phone or online will be automatically refunded.