Aretha Franklin to be honored with pink Cadillac motorcade in Detroit 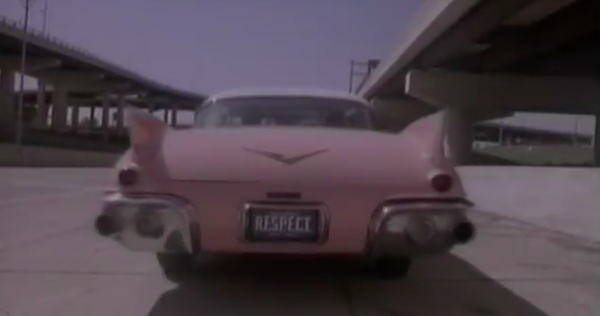 Aretha Franklin will be honored in a way only the Queen of Soul could for her upcoming Detroit funeral.

A motorcade of more than 100 pink Cadillacs is set to line up along Seven Mile Road outside the singer's funeral at Greater Grace Temple, a reference to Franklin's 1985 hit "Freeway of Love." The cars are expected to file outside the church at 8:30 a.m. on Friday, Aug. 31.

According to The Detroit News, the idea was church pastor Bishop Charles H. Ellis III's, whose wife Christine drives a pink Cadillac Escalade. She is also a national sales director for Mary Kay, the cosmetic seller which famously awards its top employees with pink Cadillacs, and put out a call for other pink car drivers to join.

"It kind of took on a life of its own," Ellis told the paper. "I put the clarion call out and before I knew it, there were people from Dallas, Omaha (Nebraska), Chicago, you name it ... some people are driving 15 hours, 18 hours. Everybody is just so excited that they could be a part of Aretha Franklin’s homegoing."

The majority of the cars involved are Mary Kay cars, but Ellis is open to including other pink Cadillacs. Interested drivers can join the procession by registering here.

Meanwhile, Mother Nature held its own tribute to Franklin. During Tuesday's Detroit Tigers game against the Chicago Cubs, a rainbow appeared above the scorecard during a moment of silence for the singer. The team shared a photo of the magic moment on its Facebook page.


Here's the video for "Freeway of Love":